Angel and Cross have had a lot of chemistry in recent weeks, and they’ve shared a lot of intimate moments that have many wonderings, “Would they, Wouldn’t They?”

When Cross initially entered the House, he flirted with Maria, Nini, Peace, and Saskay, but throughout the first half of the program, nothing much transpired between him and Angel. In reality, anytime Cross’ name was mentioned in connection with a romantic relationship, it was almost always in regard to Saskay.

During the early days of the show, Angel was also linked to Sammie. Despite the fact that she described herself as free-spirited and not sexually attached to any of the males in the House, she was frequently referenced alongside Sammie, Kayvee, Yousef, and Boma. Cross had hitherto been absent from the scene.

Cross apparently decided he didn’t want anything to do with Saskay after the two started becoming close. 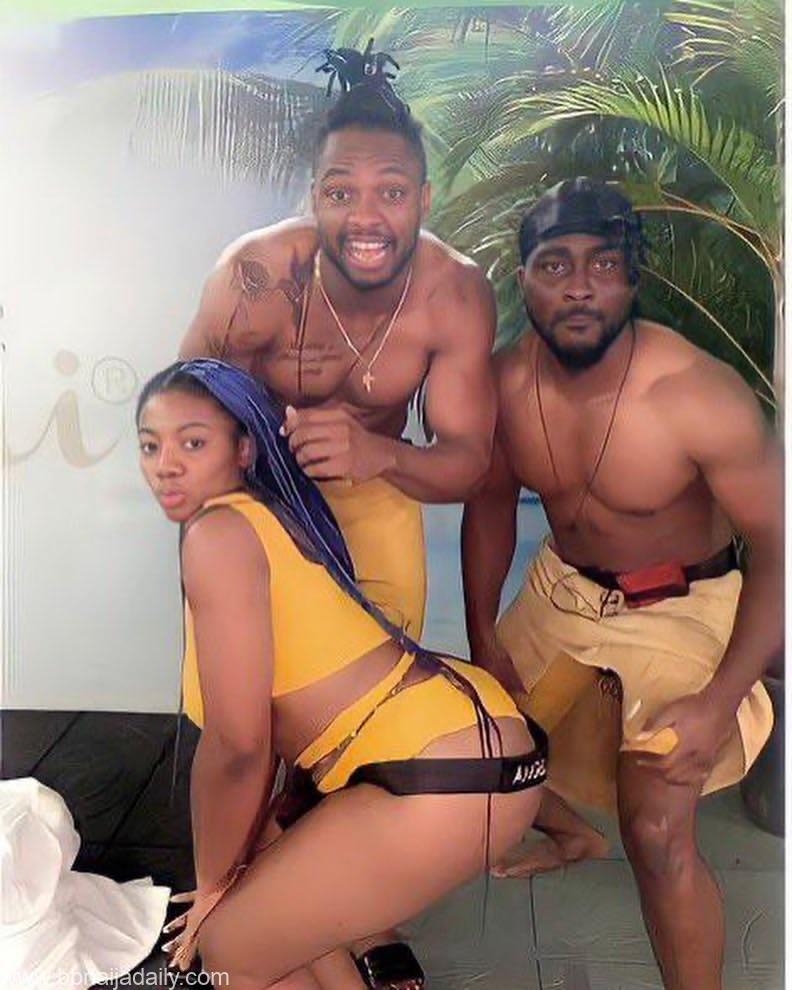 The two’s interactions over the last three weeks have led to speculation that they are developing a relationship or situationship. That, however, does not appear to be the case. The two are always explicit about their incapacity to date each other, even after romantic and passionate kisses and moments.

They had one of these moments last night in the backyard while talking with Pere and Whitemoney. While joking around, the two began to discuss a possible romance, and Cross stated emphatically that he could never be in a relationship with Angel because she is a player. Angel objected, then went on to ask who was the bigger player between the two of them. She then questioned Whitemoney, who agreed with Cross, claiming that she is a player whereas Cross is not. Cross, on the other hand, would always welcome any woman who came his way, but not toy with their feelings, he claimed.

Pere, who was also present, concurred with Whitemoney and stated unequivocally that Angel was a con artist.

Angel insisted however that she will love Cross for the rest of her life and just as she was about to continue, Whitemoney dropped the bomb about her “friend” foresight saying what happens to him if she claims to love Cross. Angel goes on to say she will love them both.

Angel is a strong woman who knows how to handle herself, but do you believe she’s just cruising or does she actually care about Cross?