Big Brother Naija Week 4 was full with a lot of suspense for the housemates due to the shocking eviction of Ilebaye and Khalid during the live eviction show for week 3. The Level 1 and Level 2 housemates competed for the Head of House game on Monday which Eloswag won earning him immunity from nomination alongside with all Level 1 housemates. He was also given an exclusive right to nominate 5 housemates from Level 2 for possible eviction this week

Eloswag nominated Chizzy (rider) and Modella (fake housemate) but these two housemates cannot be evicted from the Big Brother house because they are on a special mission for Big Brother. Here are the 5 final housemates that were put up for eviction.

With Groovy, Amaka, Pharmsavi, Daniella and Kess up for possible eviction, today’s live eviction show promises to be exciting. At least one housemate from Level 2 house will be leaving the show today with other twists which Biggie will be revealing.

Merging of the Houses

Big Brother decided to merge both Levels by asking Level 1 housemates who are currently in the Multi-coloured trenches house to move to the arena then proceed to the Black and White house and join level 2 housemates. The honeymoon of the Level 1 housemates is over with the house becoming more competitive in the Head of House game, nomination and wager task.

Two housemates were evicted from the Big Brother Naija house this week.

Kess is the fifth housemate to be evicted from the Big Brother Naija level up house. He revealed that his marital status limited him from exploring in the house and also other housemates were playing safe with him for the fact that he is married. He plans to go into his business and focus more on his music production career.

Pharmsavi is the sixth housemate to be evicted from the from the Big Brother level up house. He revealed he was shocked by the eviction. On his relationship with Daniella, he’s unsure of what will happen after the show. He plans to start his NGO organization and other things after the show. 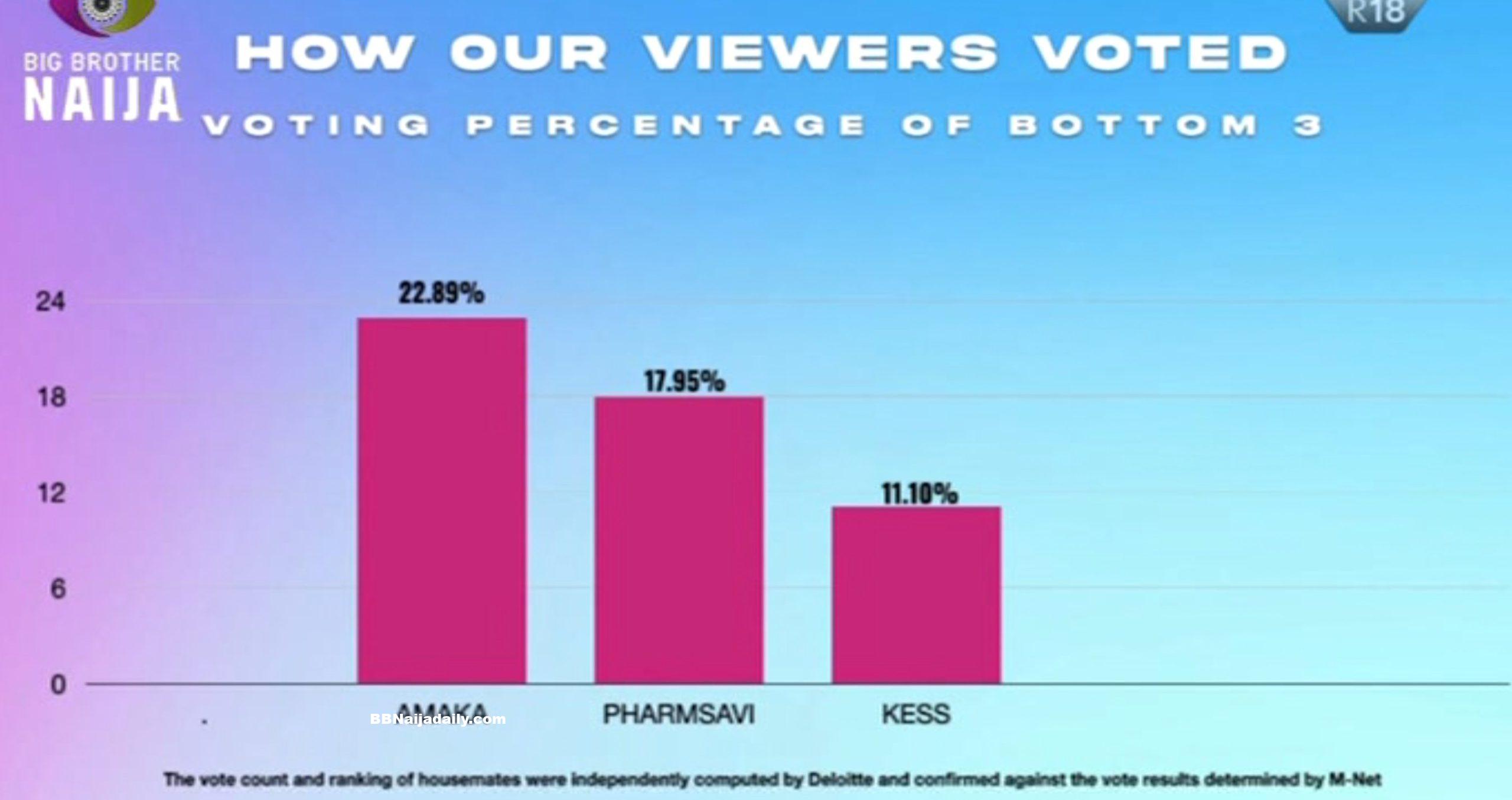 Congratulations to the saved housemates.

My question too I dont understand.