Following the Head of House game, all 18 housemates were required to go into the diary room to nominate two housemates for possible eviction tonight. Tonight’s nomination is a special one as the most nominated housemates will be evicted from the Big Brother house tonight. Here are the nominations.

This is the result the nomination for week 6. Deji nominated Hermes and Doyin however his nomination will not count being that he’s a fake housemate. Also Rachel and Chizzy’s nominations were not counted.

With the special nomination session, Amaka got six (6) nominations and have been evicted from the Big Brother Naija house.

BBNaija Week 6 Housemates up for Eviction

With the eviction of Amaka, Big Brother placed all remaining housemates except the Head of House on possible eviction.

You can vote for the nominated housemates here; 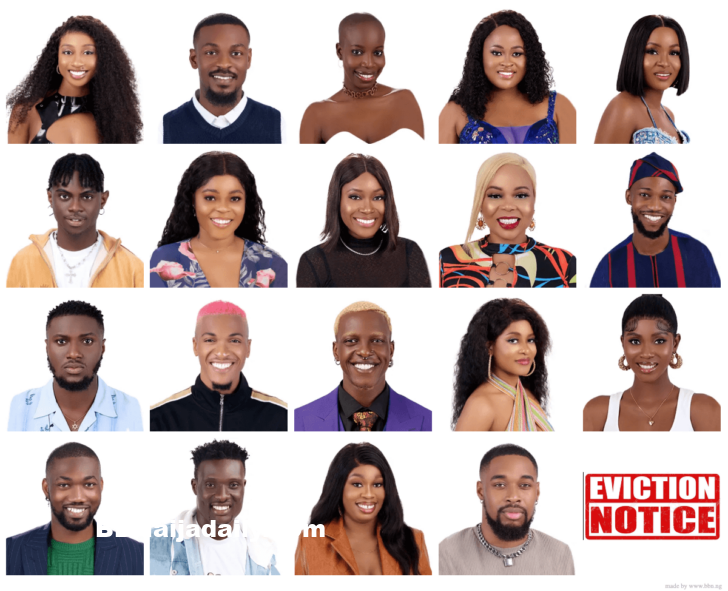 Phyna for the money

Let keep eloswag and chomzy in the house please

Please phyna nation let’s vote for our girl because she is not going anywhere, baby girl we love you keep making us proud

Vote for eloswag considering the fact that his mom have suffer