Dotun beat Phyna, Chichi, and Adekunle to snatch this week’s Head of House title in a game where they had to use a dart to pop balloons. Biggie instructed them that “once you throw the dart and pop a balloon, you must proceed to carefully check if anything comes out.” An elated Dotun screamed with excitement when he hit the balloon that had Biggie’s message. Housemates were called into the diary room to make a unique nomination of two housemates they are wish to evict from the Big Brother Naija house. Here are the nominations

This is the result the nomination for week 6. Deji nominated Hermes and Doyin however his nomination will not count being that he’s a fake housemate. Also Rachel and Chizzy’s nominations were not counted.

Makie Billions as she is fondly called had a big personality and she let it shine all through her stay in the House. Also, a part of the gossip duo with Phyna, her sharing of the latest gist from the Level Up House will be missed. Here is amaka’s BBNaija journey

Following Amaka’s nomination, all remaining housemates except the Head of House Dotun were up for eviction and their fate will be decided by viewer’s vote.

This is how viewers voted for their favourite housemate this week 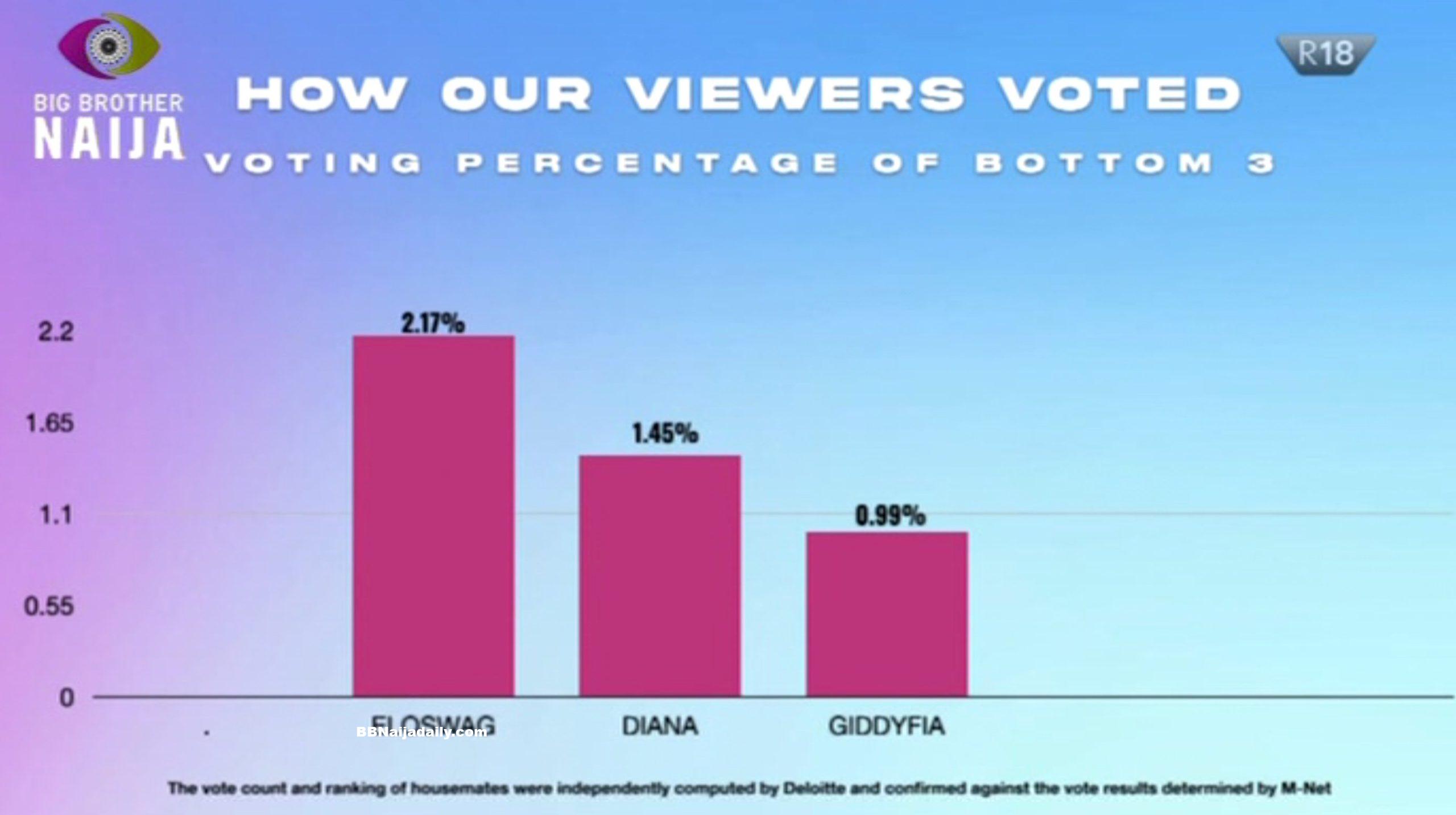 Three housemates were evicted from the Big Brother Naija house this week. Here are the evicted housemates.

Deji is the last fake housemate to be evicted from the show. He is one of the two fake housemates introduced into the show during week 2 Sunday live eviction show. Deji did Biggie’s bidding without any complaint. However, he made his presence felt by helping his fellow Housemates win Tasks and becoming the eye candy to many of the ladies in the Level Up House. He says he’s open to several stuffs in the media and plans to explore other options after show. Diana is the 9th housemate to be evicted from the Big Brother Naija level up house. Diana aka mon cherie was all about her peace of mind while in Biggie’s House. After a failed ship with Giddyfia, she gave us premium gist alongside her fave gossip partner Adekunle. She hopes to expand her skin care brand after the show. Giddyfia is the 10th housemate to be evicted from the Big Brother Naija house. Giddyfia came into Biggie’s house and immediately became the funny guy. His boisterous laughter, and spicy triangle with Amaka, Rachel and Diana will not be forgotten in a hurry. What are your thoughts on today’s eviction?