The Big Brother Naija Season 7 show is close to the grand finale and all 9 remaining housemates are fight to book a spot in the final. Week 9 in the Big Brother house was intense as Big Brother introduced a new twist to the Head of House game and the nomination process by the introduction of the Supreme Veto Power.

Head of House Game for Week 9

On Monday, Chichi emerged winner of the Head of House game in a highly contested task. Chichi’s victory earned her a spot ihttps://bbnaijadaily.com/big-brother-naija-bbnaija-evicted-housemates-season-5-2020/n the final making her the first housemate to reach the final of this season. The Head of House winner also earn the Supreme Veto Power giving her the rare privilege to pick two housemates to join her in the final. She was also rewarded with exclusive access to the Big Brother bedroom.

There was no true nomination this week. Big Brother gave the housemates 90seconds each to pitch themselves to the Supreme Veto Power Holder Chichi telling her why she should consider and pick them for a place in the final. Following the pitch session, Chichi picked Phyna and Daniella to join her in the final. All remaining housemates were placed on possible eviction where their fate was to be decided by viewers. Missed the pitch session? Watch it below.

Three housemates were evicted housemate from the Big Brother Naija house this week. Here are the housemates;

Groovy is the 15th housemate to be evicted from the Big Brother Naija house. He plans to go back to what he left behind after the show and hoping to make the best use of the platform this show has given to him

Groovy got into a ship very early on in the season and when that ship capsized, he went into another one with Phyna. He has also had standout fashion moments and some outstanding performances during Tasks. 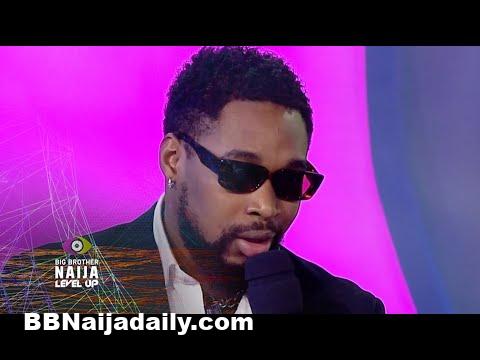 Sheggz is the 16th housemate to be evicted from the Big Brother Naija house. On his relationship with Bella, He stated that it wasn’t a strategy and he which to follow it up after the show.

From his ship with Bella, his bouts with various Housemates and his lacklustre performance as Tail of House, London boy Sheggz has given us plenty to gist about while in Biggie’s House. 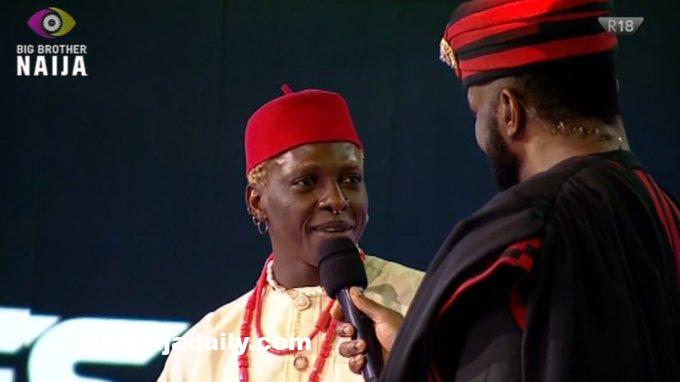 Hermes is the 17th housemates to be evicted from the BBNaija house. The plans to go into art and entertainment after the show.

King of the dance floor, winner of numerous Tasks, two-time Head of House and Allysyn’s boo, Hermes gave his Big Brother Naija experience his all.

This is how viewers voted for their favourite housemate this week 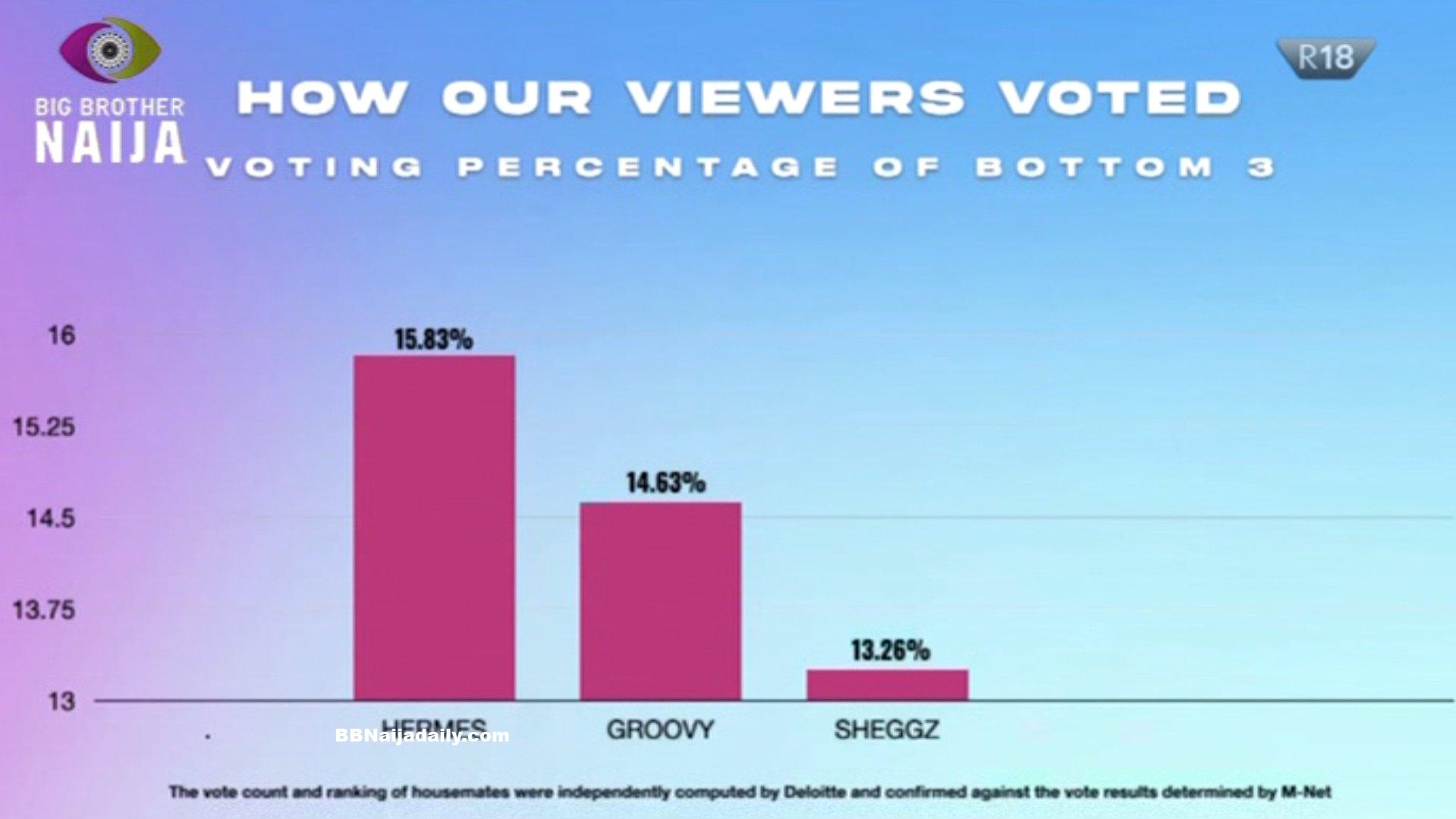 I so much adore who deyyyyyyyyyyy.the mola is for phyna

I don’t know why you guys dislike phyna, is there anything l’m missing? I Love phyna too much

The same way people feel abt how people dislike adekunle, the most intelligent housemate

I liked phyna but after she spoke about chichi behind her back ,she lost my vote

Am new conmer join this big brother, I don’t watch it before until four weeks ago, l love Adekunle ,I want to be in final, I love him, I don’t know the rule, but I him in final

Me too, soo much love

If Bella survive the eviction tonight she definitely win

phyna is going to win #phynation#bbn

For sure phynation for the money

Chichi
Phyna
Daniella
Bryaan
Hermes
The winner will be phyna

OOOOh yessss Phyna for the win. watch the space