After Cross calls Nini stupid, Nini hurls insults at him, criticizing his brains and physicality.

Whitemoney allocated the customary cleaning responsibilities among the Housemates in the early hours of the morning, and they went about their business. Cross, on the other hand, wanted to shower early, but was surprised to find Nini cleaning the bathroom before the Housemates did.

Cross maintained that cleaning the communal bathroom before people took their showers was unfair because it would become dirtier at the end of the day. Despite his best efforts, his approach resulted in an unanticipated outburst when Nini felt harassed and insulted after he called her stupid. It appears that the animosity between them has finally surfaced as a result of her save and replacement with the Veto Power. 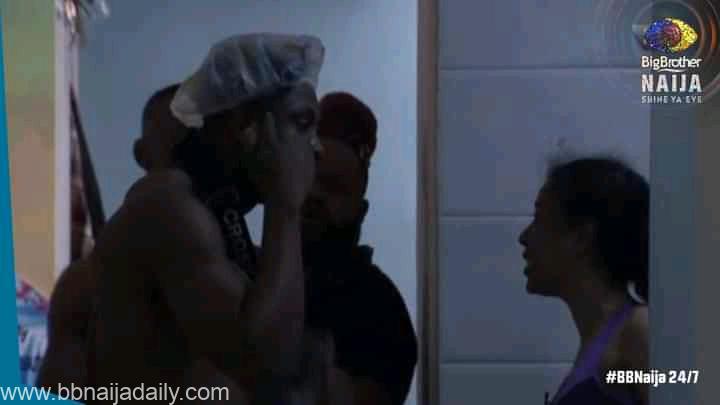 Nini began to hurl insults at him, going so far as to question his IQ and reasoning ability. Nini’s rage echoed throughout the House, leading Saga to rush in and save her by erecting a barrier between Nini and Cross. His action puts his Secret Task in jeopardy. He’s not here for that Abeg Naira, which is a shame.

On the other hand, we believe Nini’s implosion was a long time coming once she became estranged from Saga, and that she was ready to blow a gasket to let out that steam. Whitemoney questioned Cross about his strategy and how he could have avoided the scenario. Cross sat in the lawn, crying the entire morning. Angel came to reassure and comfort him, leaving him smiling and joking about how something had gotten into his eyes and he wasn’t crying. 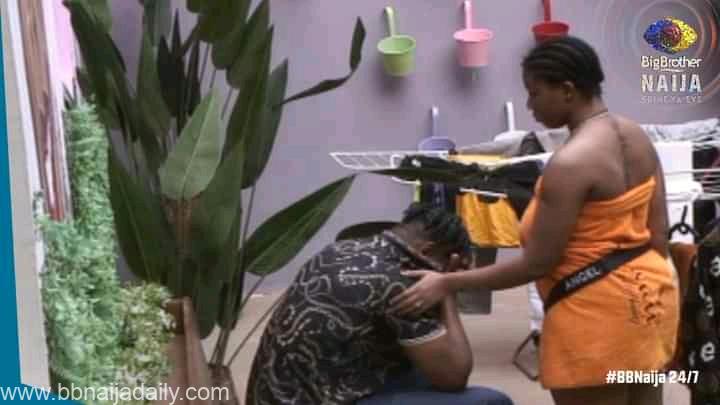 Cross eventually decided to be the greater person and admit his wrongs, and he went to Nini to apologize. Whitemoney, as HoH, attempted to mediate between the two, but Nini states she doesn’t have it in her heart to forgive Cross, despite his apologies. She doesn’t appear to be ready to apologize for her role in this anytime soon, but whatever happens, we can expect the tension to continue.