On Monday this week, all housemates nominated two housemates they wish to evict from the Big Brother Naija house. Here is a recap of the Monday night nomination process.

The 11 remaining housemates were called into the Diary room to carry out the biggest task for the week which is the nomination. Here is how the housemates nominated this week.

From today’s Head of House game, Whitemoney emerged winner and now have exclusive access to the Big Brother lounge and immunity from nomination. Nini emerged the first runner up and the veto power holder. She used her veto power to save herself from nomination and replaced herself with Cross. Whitemoney nominated Queen as his Deputy Head of House. 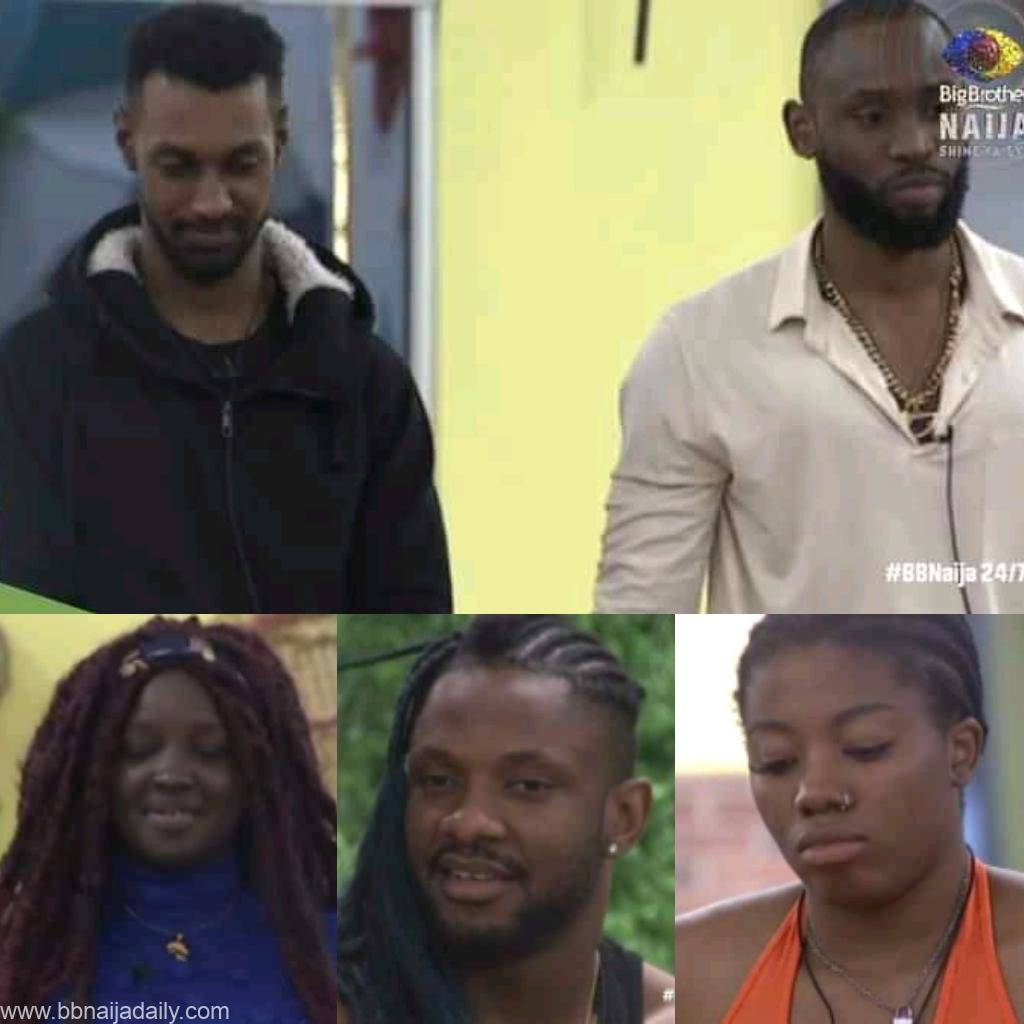 Today’s live eviction show started with the host Ebuka reminding viewers of the events that took place in the Big Brother house. After that he went into the house to have a short chat with the housemates before going to the business of the day which is the eviction.

The first housemate to be evicted from the Big Brother house this week is Yousef. Following his eviction, he disclosed that he was not disappointed by his eviction and it was a privilege to participate in the show. He described Angel as someone he likes and feels comfortable talking with. His next move after the show is to go into the movie industry. 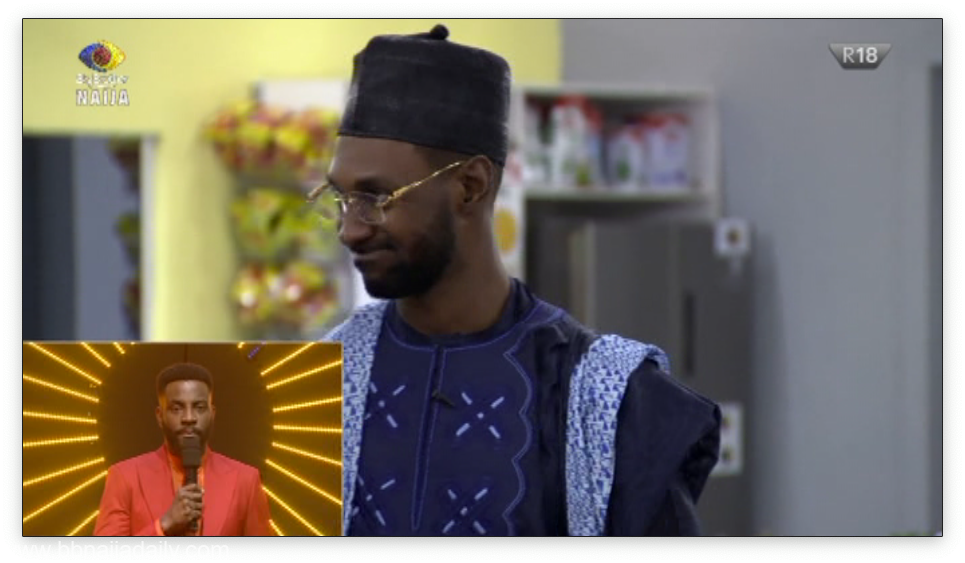 The second housemate to be evicted from the Big Brother Naija House this week is Saskay. She disclosed that she was a bit relieved with the eviction and was a bit exhausted with the reality TV. Her relationship with Jaypaul will be cordial because she has a relationship outside the house. Her plan after the show will be to develop her project. 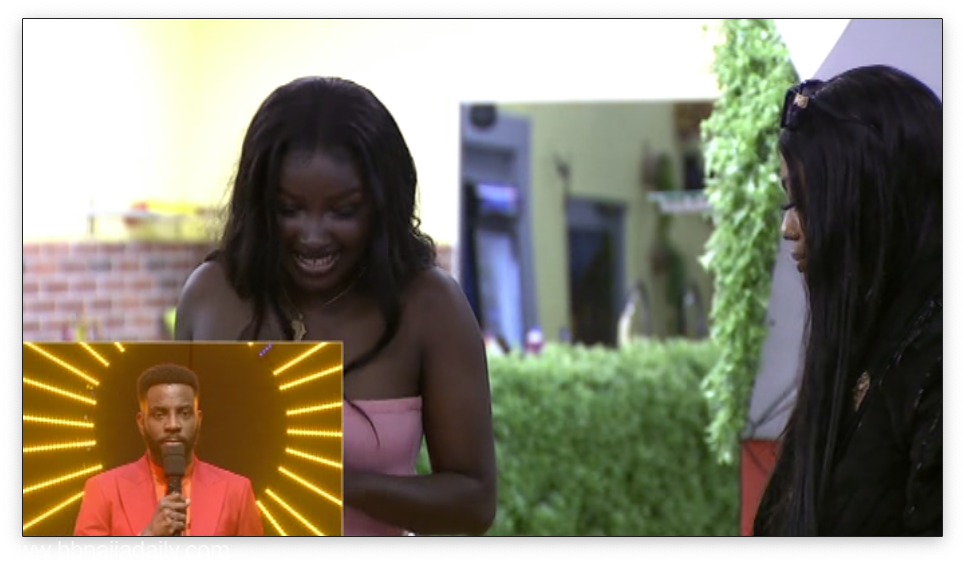 Let us see how Nigerians and Africans at large voted for their favourite housemates and housemate with the highest number of votes for this week. 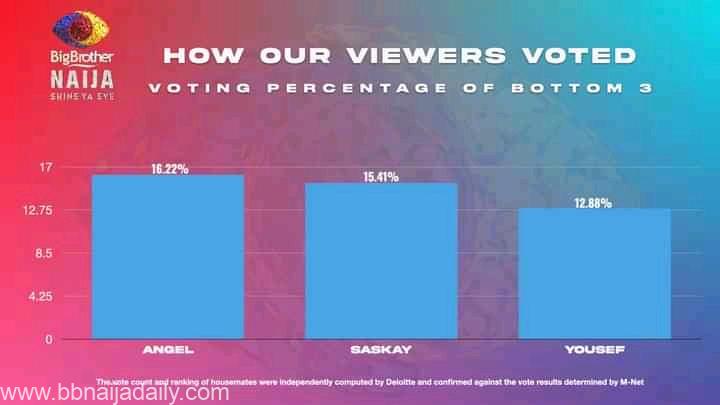 awww is about to go down

This is scamoooo, yousef and saskay percentage passed that of Angel and Cross, yet biggy evicted them. Too bad.

Happy that Cross was saved, pls biggie put all of them up so that we’ll save pplthat deserve to win I beg nah

very unfair indeed i even lost the moral in the game

brilliant idea,the likes of saga and nini should leave

Best of luck to saskay and yousef

Liquorose should leave the house,we don’t need her