This week, six housemates were placed on possible eviction by Big Brother after the Ultimate Veto Power game leading to three housemates (Emmanuel, Liquorose and Cross) booking a spot in the grand finale next week. Recall that during the week 8 Sunday live show, two (2) housemates (Yousef and Saskay) were evicted from the Big Brother house further raising tension in the show with just 9 housemates and 1 week to the grand finale.

Earlier this week, all  nine remaining housemates in the Big Brother house participated in the Ultimate Veto Power Game. Emmanuel emerged winner gaining immunity from nomination. He used his Ultimate Veto Power to appoint Liquorose as Head of House while Cross as Deputy. By virtue of this, all three housemates were immune from nomination and sealed a spot in the among the top 5 housemates that will make it to the final this year. Big Brother placed all remaining six housemates on possible eviction and their fate will be decided by viewers vote.

The housemates up for eviction this week are;

After the nominations last Monday, we set up an online vote poll for our viewers to participate in the voting process which ended on Thursday at 9PM. The result of the vote poll is shown below. You can see our online polls here.

Results from the poll shows that four housemates got the least number of votes from our viewers this week. The housemates are; 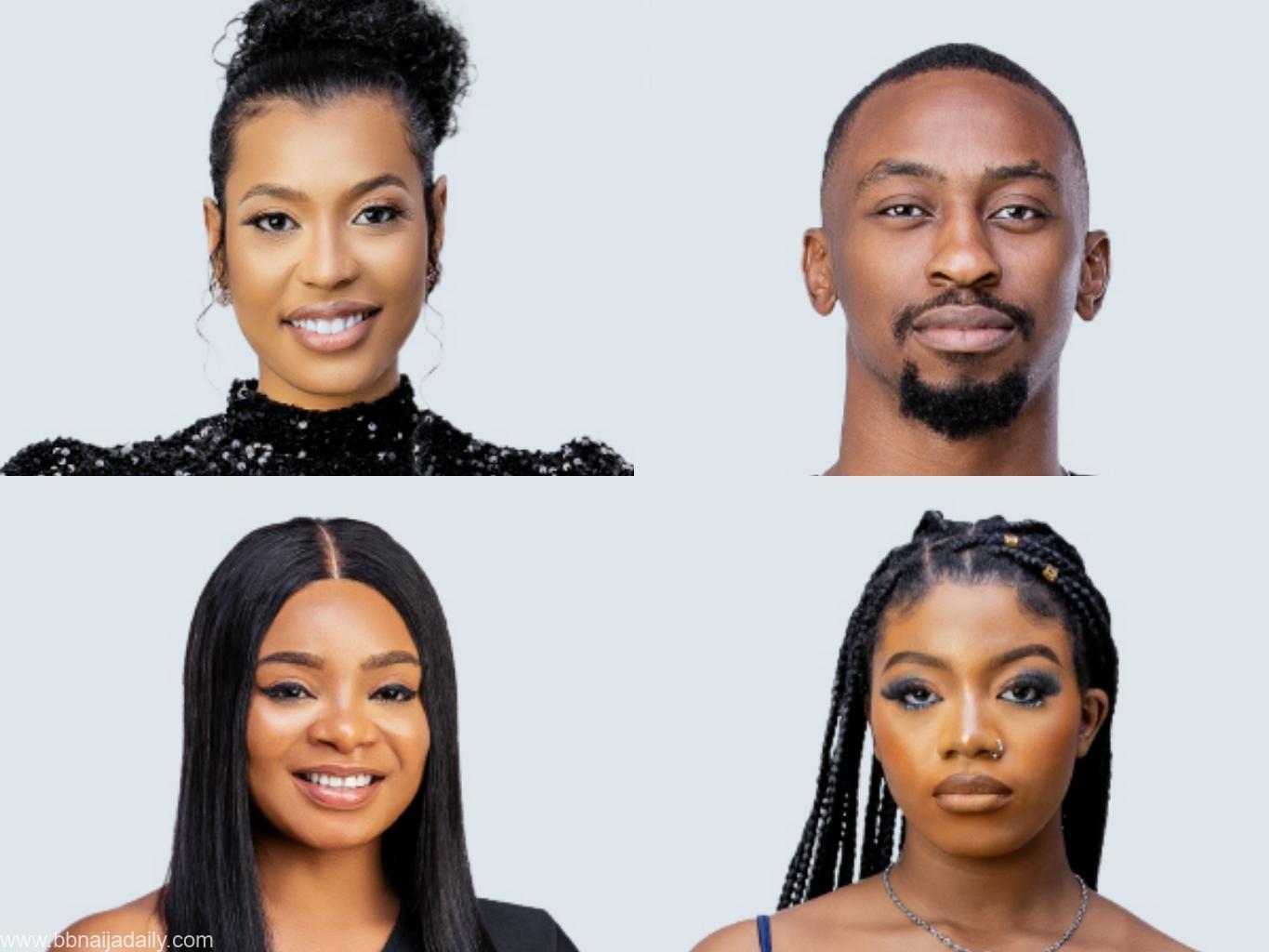 Let us know what you think about this eviction prediction by dropping your comment in the comment box below.

So what is Angel still doing in the house why not Queen.

These intrigues mirror ourselves n a dynamic way!

When we involve our silly biases in producing entertainment, however clever and innocuous they may seem, we ruin the very essence of our purpose. And when producers are too involved fashioning a deliberate outcome without regard to the sensitivitv of its vast viewership, we alienate too many people. Too many twists and turns become suspect and ruin the fun! For now, I respectfully reserve my comments.

If these 4 got the least votes and clearly Queen got more than Angel why then isQueen out and Angel is in and playing the sudden death task with Pere who got way more than Angel?? Are we being deceived or wats going on.?? The twists are not that funny you know coz us fans take time and money to watch and vote. Enlighten us on wats really going down here.

is the same thing,I have here

That is online vote we still have DSTV and GOTV

I just hope that Biggie can add more females to the finale.

Rose for the money