Today’s show was all about the ex-housemates Social Media affairs.

Diane was the first to give her opinion on how she felt with the massive changes in her social media channels. Ebuka asked Diane how she coped with the fame and Instagram followers.

She responded that she was shocked when she left the show and saw her followers when she logged on to her social media channels.

Ebuka then asked Thelma how she coped with hers. She revealed that she was shocked with the number of likes she got when she posted her first picture with so many negative and awful comments. Ike responded to Thelma’s comments that he feels most followers just want to become relevant through other people.

A video of the Omashola and Mike was played where Omashola was teaching Mike how to sing and another video of the chiwawa and barking dog scene between Tacha and Omashola was also played. The host Ebuka then asked Omashola why he never gave on Mike’s inability to learn the song.

Omashola responded that he felt Mike has this Jamaica gangster kind of charisma and wanted to learn and that kept him going. Responding to the Chiwawa incidence, Omashola said he was shocked to see Mercy and Frodd dancing during the incident and when he came out of the BBNaija house he was surprised to see that there was already a song that was trending with the chiwawa and barking dog incidence. 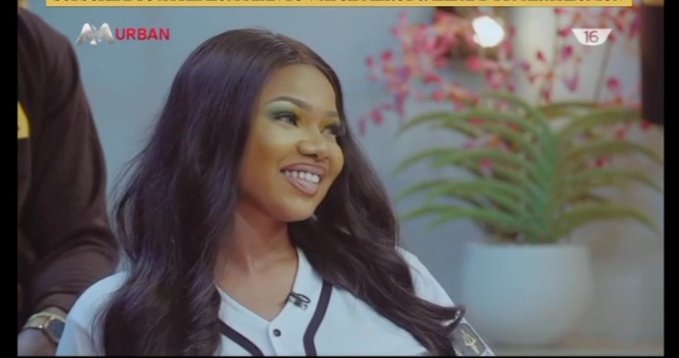 Ebuka then threw a question at Tacha and asked her if she feels her fans are a reflection of her. Tacha responded that her fans relate to her and are protective of her but her fans don’t attack other housemates. 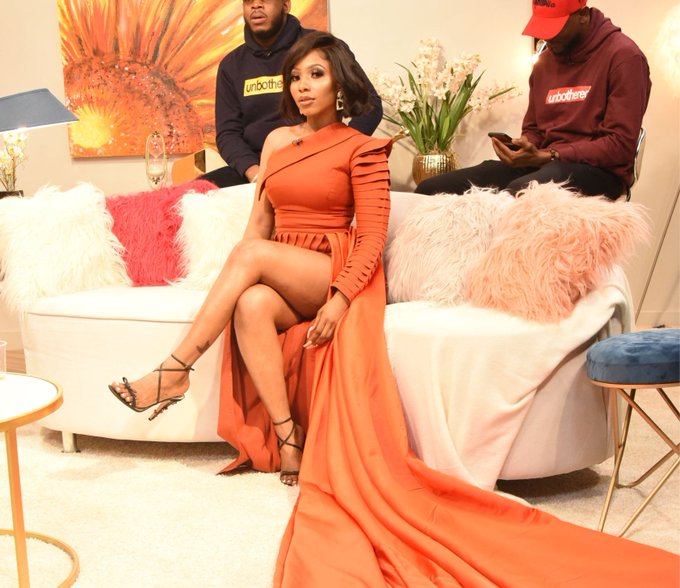 Frodd revealed his thoughts about an incident that happened after they left the show. He said he was cool with Tacha and he launched his clothing brand “unbothered” before Tacha. But when he shared the pictures of his brand on his social media handle, he received a lot of shades from Tacha’s fans. This made him to text Tacha to know if they had any issue with him but Tacha didn’t respond to his messages. He said this made him to check if Tacha was following him but however noticed she was not and decided to unfollow her as well and unsend the previous message he sent to her.

KimOprah said Mercy fans or those pretending to be her fans dragged her for 3 days which made her to contact mercy and ask her if she was cool with her but it happened that they were cool.

Elozonam replied that in his unbiased opinion he feels Tacha’s fans are intense however, Mercy fans are more skilled towards defense and peace than attacks than Ticha fans.

Here are some tweets from fans.

Just a reminder that @real_mercyeke follows this toxic fan of hers and likes all her hate post about Tacha#BBNaijaReunion #bbnaijapepperdemreunion pic.twitter.com/IReLJny24w

When Elo said Mechanics don't attack they only defend The way Ike quickly jumped in to counter and rebuke him for saying that trash u'll know the poor boy has really suffered premium dragging in Mechanics hand..😭😭🤣😂#TachaHasMovedOn #BBNaijaReunion #BbnaijaPepperdemReunion pic.twitter.com/UERoM7ry3U

Frodd is unbothered.
Venita is the vocal 👌.
Ike made sense today.
Mercy always saying the truth.

Lastly, lie can take you no where.
If you can’t own whatever you do in public, don’t do it. pic.twitter.com/aR3SJ1CiMg

Imagine dragging someone like Ike everyday the guy doesn't even care🤣🤣🤣🤣 #BBNaijaReunion pic.twitter.com/sOdGxSrHlt

You see Mike’s fan base and Mercenaries are the most mature fan base I have seen and I am saying without any bias. You hardly see Mike fans come at you for no candid reason and mercenaries get big people for their group shaaaaaaaaa. Toast to you guys. #BBNaijaReunion pic.twitter.com/T9hCwAJRc9

Tacha know her fans attack other housemates. Tacha herself like and repost such comments – Mercy #BBNaijaReunion

In conclusion, Tacha came to the reunion to show the world her growth. #BBNaijaReunion

Ebuka you have started trying to push this narrative of Titans are bad or trying to start issues between Titans and Tacha. 🙄🙄🙄

Ebuka respect yourself. 🙄🙄
Leave Tacha alone.
Titans and Tacha are NO LEAVE NO TRANSFER. We Pin for our baby#TachaHasMovedOn #BBNaijaReunion