Ex-BBNaija housemate Vee share cute and lovely pictures of herself on her social media page and BBNaija love bird Neo couldn’t hold back than to respond.

As she smiled for photos while in a black dress, Vee added the caption, “You can find where the money lives,” Mr. Femi alias Daddy Z.”

Neo was surprised by the beauty of Vee and took the comment box and wrote, “My Omomor.”

Due to their romantic relationship Neo and Vee were one of the most debated housemates in the house of BBNaija. Although they had several break-ups in their relationship, they are still couples even after the reality show came to an end.

If readers will remember Vee said during a media engagement she wants to be Neo’s wife, so she cannot date anyone she won’t marry. 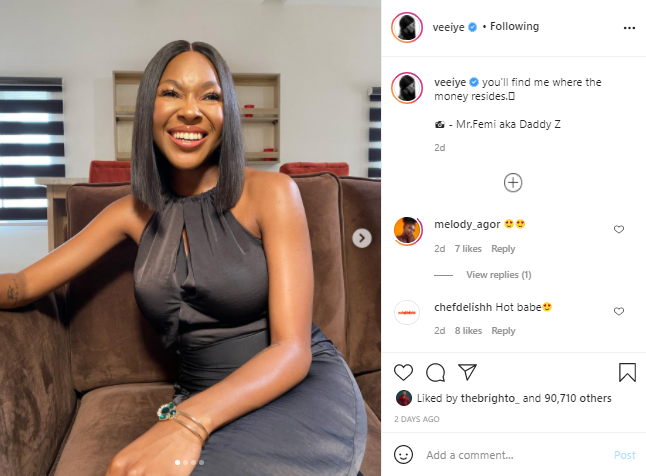 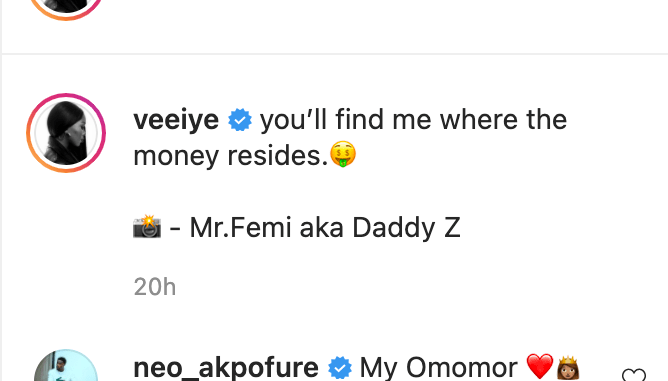