Chizzy, the current Head of House and Rider, leaves in a cutting-edge, five-seat IVM Connect car thanks to Innoson Vehicle Manufacturing (IVM).

Tonight the Level Up Housemates partook in one of the most anticipated Tasks of the Season as they went head to head in a bid to bag the brand new vehicle. Innoson Vehicles is the first Made-in-Africa automobile brand. 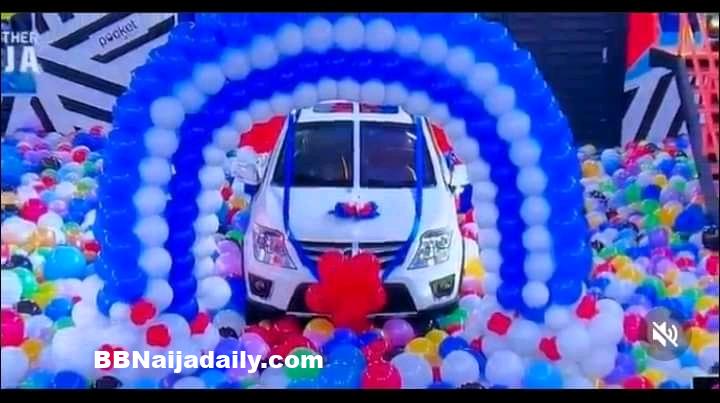 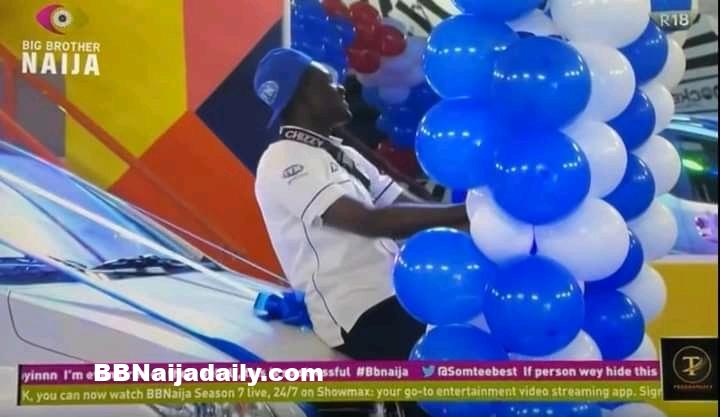 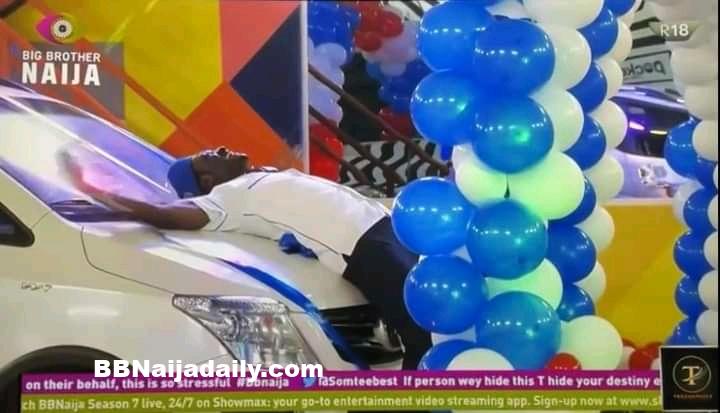 After Rider Chizzy read out the brief as HoH, excitement filled the air as the BBNaija Level Up Finalists started daydreaming about the possibilitirs. A thrilled Bryann told Daniella, “I will drive you in the car after I have won it.” After an intense Task, which literally took forever to comple, the last Head of House of the Level Up Season, Chizzy emerged as the winner.

The Task required Housemates to spell out the letters “Innoson IVM Connect” by popping and searching through a pool of balloons. “Once a letter is found, each Housemate must place it on their assigned table before returning to search for more letters,” the brief read.

Although simple, the rigorous Task took hours for the Housemates to complete as some, notably Adekunle, Bryann, Daniella, and Riders Chizzy and Rachel, had found all letters except for “T.” Even our BB Naija geng were speculating on where “T” could be.

After several hours and much-needed breaks, Chizzy finally found the winning letter and was announced as the latest owner of a brand new Innoson vehicle. Once his name was announced, he reeled in his win and asked fellow Housemates to hop in.

They celebrated him all took a tour of the car and its several amenities. Congratulations!

Are we still safe
Phynation