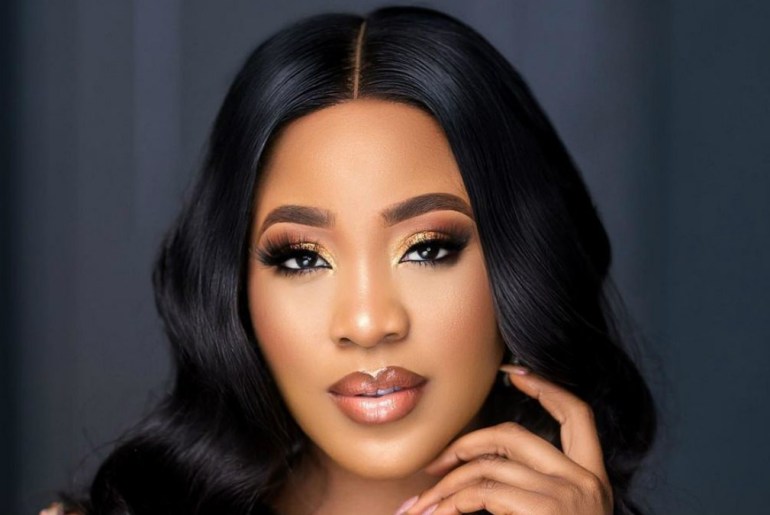 Erica Nlewedim, the former Big Brother Naija housemate, has expressed her delight at being named one of Nigeria’s new generation actors.

This comes after her photo was featured on the cover of the Tuesday issue. In response to this accomplishment, she stated that she is overjoyed since her hard work is now bearing fruit in the public sphere. Erica remarked that she is not just well-known, but also an upcoming actor.

“I mean Erica Nlewedim on ThiSDAY COVER!! As one of the new generation actresses! This is a big deal! I’m making it in my field, I’m not just popular, I will continue to thank God!. I’m so happy the results of my hard work are finally showing… Thank God”. 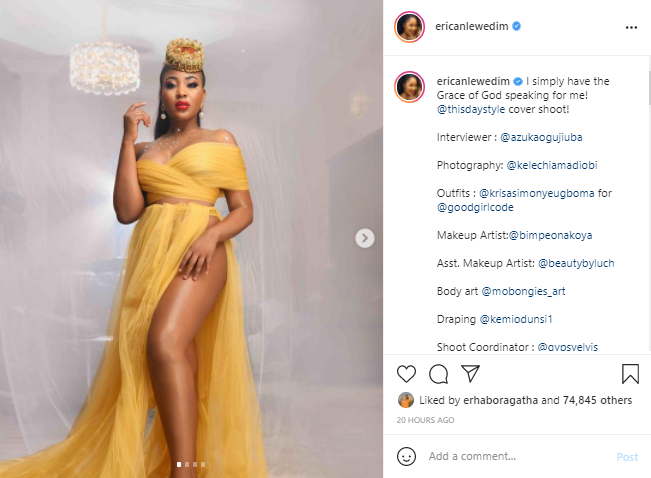 The BBNaija star has had a hectic year, with her presence on the reality TV show in July 2020 putting her in great demand in the entertainment and fashion industry. She worked on a Netflix Original Series in December and also joined the cast of the Nollywood feature movie, Devil in Agbada.