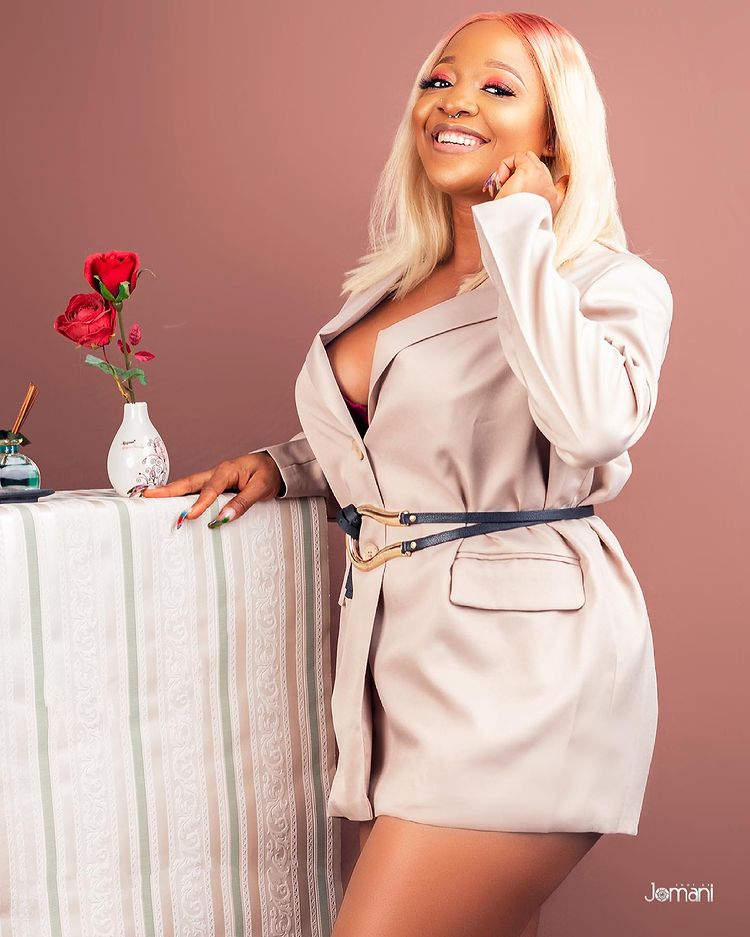 Lucy Edet, the popular BBnaija reality celebrity, loses her cool after being chastised several times for her choice of clothing, which she had previously reprimanded Nengi for.

During the 2020 BBNaija reality program, the entrepreneur took to Instagram to publish a screenshot of a troll blasting her for wearing the same clothing she had blasted on a fellow reality star, Nengi. 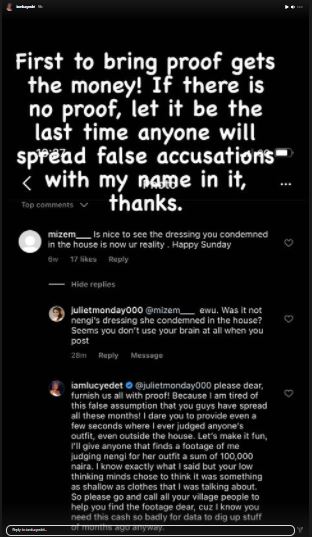 Hours later, Lucy took to her Instagram Story to retract her statement about giving away the N100,000 prize money, revealing that the so-called proof people have on her was obtained during a fight she had with Nengi in the house, and everything she said was stated in the heat of the battle.

See the snapshots below. 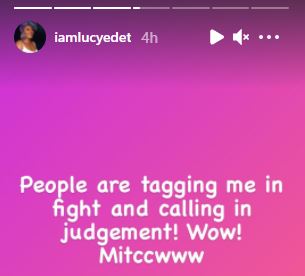 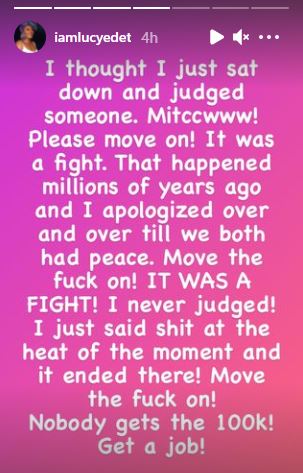 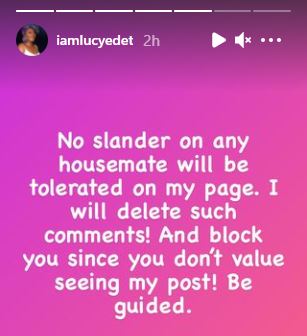