It’s official, Adekunle, Bella, Bryann, Daniella, Phyna, and Chichi are the last six standing following the Eviction of Groovy, Hermes, and Sheggz. Cautioning the Finalists to get the celebrations on the road, Host Ebuka expressed his disappointment that there were tears in the House in memory of the recently departed, reminding them to start celebrating.

Groovy, Hermes, and Sheggz’ Eviction were in addition to the 16 Housemates that have left thus far. The Level Up Season presented lots of twists and turns, and after Chichi, Daniella and Phyna won their way to the Finale, it was unknown how many Housemates would be Evicted this week.

All six Finalists alongside the two Riders Chizzy and Rachel will be taking their final strides in the race for the highly coveted N100 million worth of prizes and the title of Winner of Big Brother Naija Level Up. Here are the Finalists

Adekunle Tobilola Olopade Adekunle is a 27-year-old digital marketing consultant from Lagos. He considers himself “a self-actualised introvert” who takes pride in being a giver that solves other people’s problems. When he’s not dreaming of creating a better life for himself and figuring out ways to make the world a better place, you’ll find Adekunle playing games on his phone or watching his favourite show, Family Guy, on YouTube. 25-year-old Chidimma Esther Okagbue is a fun, energetic UNILAG graduate and content creator. She loves travelling, swimming, photography, and making new connections. She considers herself “a no-nonsense person who gets pissed off easily” and is competitive, because she likes winning.

Bella admits most of her friends are male because she doesn’t get along with girls. “It always leads to jealousy and gossip,” she says, two things she tries to avoid at all costs. Singer and songwriter Brian Chkuwuebuka Chiji counts Wande Coal, Vybz Cartel and Angelique Kidjo as some of his musical influences. The 24-year-old who hails from Imo State started releasing music in 2019, and finally put out a full-length project in 2021.

Although down-to-earth and sometimes reserved, Bryann enjoys meeting new people, partying and watching movies. “I would call myself an extravert; which is a mix of both an introvert and an extrovert. “Stripper by night and chef by day”. That’s just one of the many colourful phrases 22-year-old exotic dancer and chef, Chinenyenwa Desire Okoebor, uses to describe herself. She loves swimming, dancing and travelling, and considers herself “an unshakeably ambitious goal-getter”.

Although she had a painful childhood, Chichi has managed to rise above it all and continues to forge her own path. She admits her bluntness can sometimes tick people off, but she doesn’t mind because she believes in sincerity. “It’s either I say things the way they are, or I don’t say it at all”. When she’s not writing poetry, acting, or singing, you’ll find 22-year-old Daniella Utangbe Peters working out and staying fit. She hates bullies with a passion and believes in fair play, so she usually steps in as “the defender” during heated arguments.

Daniella loves meeting new people and describes herself as resilient, energetic and observant. She has a twin brother, five older brothers and a younger sister, and loves being part of a big family 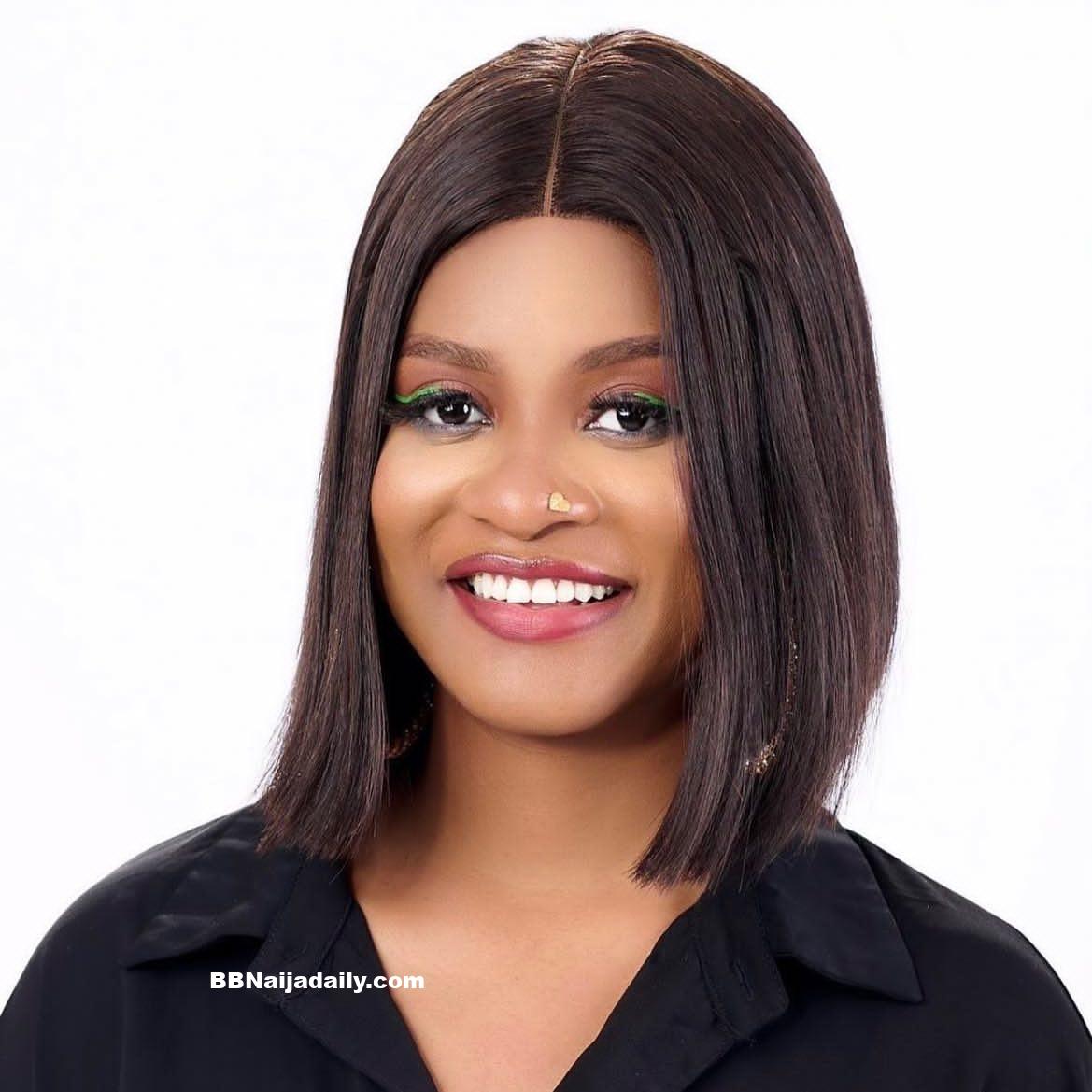 Ijeoma Josephina Otabordescribes herself as “allergic to malice”. She is short-tempered and can fight with a person one minute, then talk to them the next, like nothing happened.

She is single and believes she is a born entertainer. “My view on relationships is: Na mumu dey fall in love”.

This 25-year-old hype girl considers herself jovial, and maintains she is allergic to gossip. “I don’t condone gossip, and a lot of people know I hate it. You can never gossip about someone to me,” she says.

Adekunle, Bella, Bryann, Chichi, Daniella or Phyna could be the Big Brother Naija Season 7 Winner. You have until Friday 21:00 WAT/22:00 CAT to Vote for your Level Up Winner. Vote Here

Phyna is the winner for this year BBNAJIA

Phyna is the winner no matter what