Mimicry is the best form of flattery, as the adage goes, and the BBNaija Housemates are all for it.

The Housemates had a blast in a game that Biggie put together for them, and we’re enjoying it. The Mimic Game today lit the House on fire and forced them to play characters they never expected to play.

Biggie had written a memo to the House earlier in the day instructing them to imitate any of their fellow Housemates. Each of them took a turn selecting a name from a box. The person they imitated has the same name as the Housemate they chose. 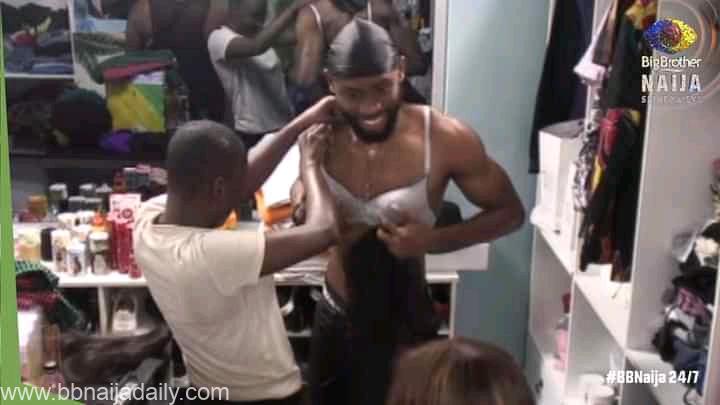 Here’s how they picked

Saga and Nini were in the Garden serving a punishment when the initial selections were made but picked their own names when they were done.

The Housemates have begun imitating their fellow Housemates, which has made for some entertaining moments. They are expected to spend the rest of the day dressed as their selected housemate and mimicking their speech, walking, and general demeanor, according to Biggie.