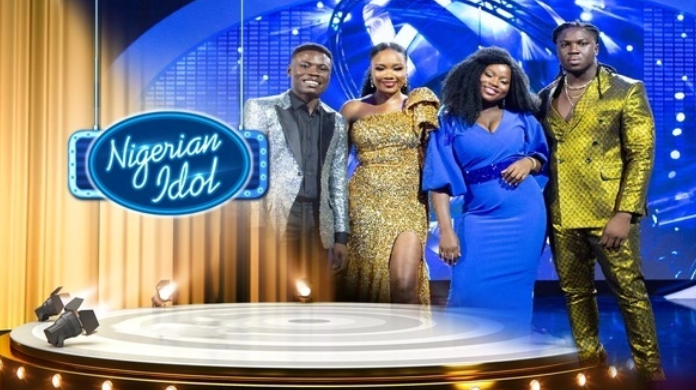 Faith’s journey is over, but the competition for the Top 4 on Nigerian Idol continues.

On last night’s episode of Nigerian Idol, Praiz joined Seyi Shay, Obi Asika, and DJ Sose as a guest judge. Following their collaborative performance of the renowned Bob Marley’s “One Love,” our Nigerian Idol contestants awaited word on which of them had advanced to the next stage of the Live Shows.

Unfortunately, Faith Jason, another of Seyi Shay’s favorite contestants, left the show after failing to get enough votes to make the Top 4. During the Auditions stage of the competition, the 25-year-old drew fans’ attention when Seyi Shay stood up to award him with a Golden Ticket.

The remaining four contestants, on the other hand, went on to show the judges and fans why they deserved to stay on the competition.

Francis was the first person to reach the Top 4. He performed Bob Marley’s “No Woman, No Cry,” which drew plaudits from guest judge Praiz. He wowed the judges again with his second performance, this time singing another classic, Marvin Gaye’s “Sexual Healing,” which garnered him additional accolades, with Praiz remarking on his amazing variety.

Akunna was the second candidate to make it to the final four. Shaggy’s ‘It Wasn’t Me,’ a chart-topper from the 1990s, was her debut performance. Seyi Shay praised her and said she wouldn’t be surprised if the 23-year-old lawyer won the competition. Her second performance was a cover of Adele’s “Fire To The Rain.” Obi Asika praised her voice, claiming it was one of the best in the competition.

Comfort was also fortunate enough to receive enough fan votes to place in the Top 4. Her reggae performance, on the other hand, was underwhelming, and all of the judges were harshly critical. Her rendition of Carol King’s “Natural Woman” more than made up for her prior performance.

Kingdom defeated Seyi Shay’s favorite Faith Jason in yet another tough elimination to earn a position in the Top 4. Although the judges were devastated to see Faith Jason go, their anguish was quickly forgotten when Kingdom sang Majek Fashek’s “Holy Ghost.” Following his incredible performance, he delivered another show-stopping rendition of James Brown’s “A Man’s World.” The judges gave him a standing ovation for his second performance. Praiz referred to him as a celebrity. Still in awe of his performance, DJ Sose told Seyi Shay that the universe was his oyster, and Seyi Shay remarked that his performance simply demonstrated to Nigerians why he had made it to the Live Shows and why he had gotten so far.

The road to the Finale is now shorter than it has ever been. The Top 4 will continue to compete on the Nigerian Idol stage in the hopes of winning the title of Nigerian Idol. The final of the show will hold on July 11.