In today’s live eviction show, two housemates with the least number of votes were evicted among the 6 nominated housemates. Recall that during the Monday night nomination, the housemates nominated 6 housemates for possible eviction. The housemates are;

Following their nomination, their fate solely relied on votes from viewers where four (4) housemates with the highest number of votes will be saved from eviction. This is how viewers voted;

Well, we knew it was coming – it is a Big Brother Naija Eviction Show, after all. With a total of six Housemates up for Eviction, though, what we couldn’t know was how many of them were going to be sent packing. It was always going to be at least one, but it could have been all of them.

The first housemate to be evicted from the show on week 3 is Arin. She got the least number of votes from viewers among the nominated housemates. 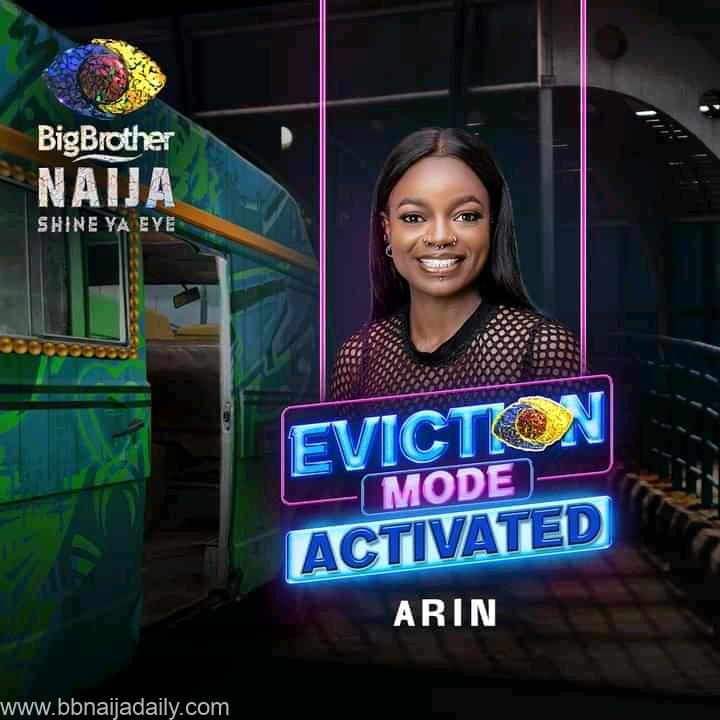 The second housemate to be evicted on week 3 from the Big Brother Naija Season 6 show is Princess.

She didn’t waste any time leaving the House, waving off any attempts to give her a hug and getting out of the House before Biggie had even started his countdown. She did take the chance to reveal to the Housemates who her real crush was – Cross. Then she was out the door, quick as a flash.

When she had her chance to speak with Ebuka after her exit from the House, she repeated her statement that being the House was something she had always wanted, and that she was okay with being Evicted – and you know what? We believe her. 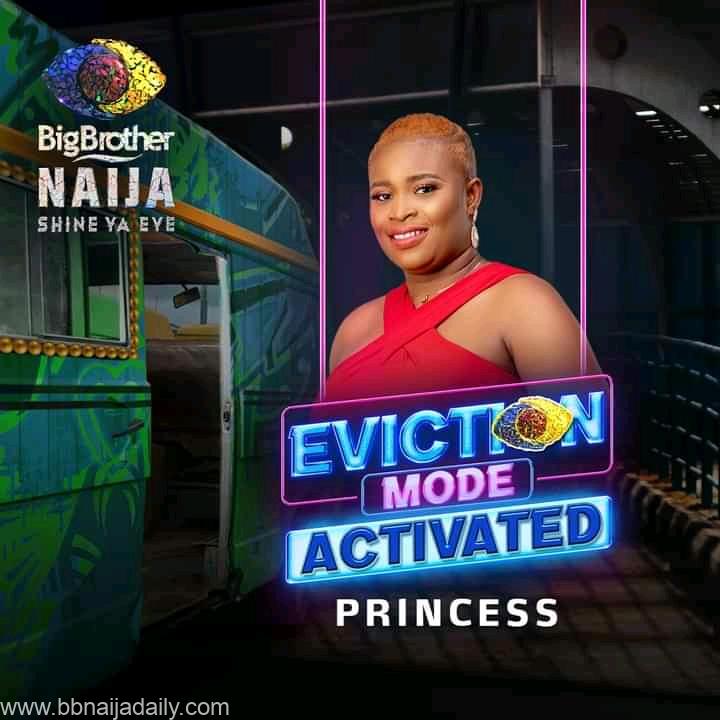 At the start of the show, Arin, Emmanuel, Nini, Princess, Saskay and Tega would have had their hearts in their throats, waiting to hear on the voting public’s judgement. Not for nothing, but a few of their close friends in the House would have been less-than-comfortable, too – Liquorose and Saga come to mind.

Before we got to the meat of the matter, Ebuka had a quick chat with the current Head of House and his Deputy, Pere and Maria, who have spent the week in a state of mutual irritation, a situation that has had viewers (and this writer) wondering what, exactly, their deal is.

Speaking to Ebuka, Pere said that he’s a very open, direct person, and that his strategy as the HoH was nothing he wouldn’t admit to. Funny thing, though – he looked decidedly uncomfortable when Ebuka “let it slip” that he had tried to get rid of his Deputy. The show didn’t dwell on that little bombshell, but I think there’s going to be a bit of a conversation in the House about that, later.

After Ebuka left, it became clear during their exchange that the Housemates were getting a little sick of Pere’s management style – which was already obvious for those of us who had been paying attention to the show over the course of the week.

When Ebuka returned to the House to address the residents – this time to announce an Eviction – things were understandably tense. The first Housemate’s whose name was mentioned must have had a sinking feeling, but the feeling didn’t last long.

During her ealier Diary Session, Saskay said that she was feeling excited about the eviction, since she knows life is going to be very different once she re-enters the world. I guess she’s going to have to wait to find out exactly how different. 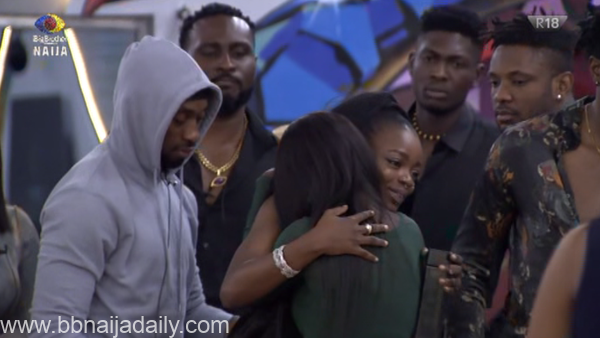 Arin was not so lucky though – she was named as one of the Evicted, and it was time to pack her bags and get out of the House, toot-quick. Arin had earlier admitted to Big Brother that she was feeling a bit nervous and thought that everything might boil over when the Housemates gathered in the lounge for the live Eviction Show. When asked about her high point in the House, she quickly became emotional. “Oh my gosh, here come the waterworks!” She went on to say that her favourite moment was presenting the very first Task, on the history of Nigeria.

That bit of shining patriotism was slightly dulled by her subsequent admission that she had a high point every single time she has alcohol in her. Oh, well.

During her time onstage with Ebuka, she said that everything that happened since she entered the House was positive – which was in stark contrast to the videotape of her angry moments over the past three weeks. When questioned about that, she told Ebuka that she couldn’t turn her emotions off even if she had wanted to do so. After saying her goodbyes, she said her goodbyes, and exited the Big Brother stage for the last time.

Ebuka then returned to the waiting – and very quiet – Housemates, and… did nothing, other than have some suggestive conversations with the Housemates. He asked the Nominated Housemates to stand, then told them he’d be back, later. We think he was just there to shake the Housemates up.

It wasn’t going to stay that way, though – the Housemates are never that lucky. The next time Ebuka returned to the House, things got real. First, a quick chat, then he informed Emmanuel that he would survive at least another week.

Earlier in the day, Emmanuel had said that he though he was “cool or okay” with almost everybody in the House. The key word there is “almost”, since somebody did nominate him, after all. Nevertheless, the man is safe.

He also informed Tega that she was safe, which was met with much joy, all around. Earlier, when Biggie asked Tega about her favourite moments in the House, she admitted to liking the fights that occasionally break out, saying that “they’re more like a frenzy” to her. Well, since she’s safe, she seems in a position to witness – and maybe start – a few more. 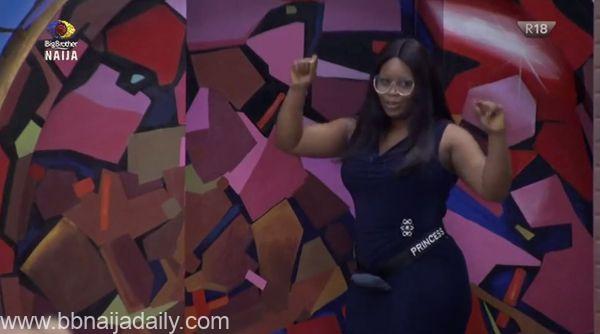 But if they were just told they were safe, then that might mean somebody wasn’t. That somebody, it turns out, was Princess.

Speaking to Biggie earlier today, Princess said that – if evicted – she would focus on the one thing she has always wanted to do: develop a Taxi App. This is a woman serious about her job. We’re not sure if she’s somehow not heard of the assorted ride-sharing services that already exist, but we wish her all the best. Perhaps a lift service with a little bit of that Naija flavour is exactly what the country needs.

Before taking her final exit from the Diary Room, she started to tear up, calling her time in the House, “a dream come true.”

After that, it was a quick end to the Housemates’ agony. Ebuka informed them that they were safe, and then she said goodbye. All that was left was for the saved Housemates to breathe a sigh of relief, and for the newest Housemates to come to terms with the fact that they are fair game for tomorrow night’s eviction. There will be some restless nights in the Big Brother House, tonight.

No cross the house will be so so boring

Wow…nice one abeg Emmanuel should stay for my baby liquorose

Chichi and Ilebaye Fight Over Groovy