The housemates were hosted to a Pre-Independence banquet to commemorate Nigeria’s 61st independence anniversary.

This was organised and revealed by Big Brother in a brief, which was read to the housemates on Thursday, day 68 of the program, by the Head of House Emmanuel.

Here is the brief, “Tonight, Big Brother invites you to a special dinner; a Pre-Independence dinner to celebrate our beautiful country.

“We celebrate 61 years of greatness on our Independence Day tomorrow.

“For this special dinner, Big Brother would like you to dress up for the occasion; traditional outfits preferably but anything gorgeous is also acceptable.

“Kindly freshen up now as your dinner waits in the garden. Remember to share a toast.”

Nigeria’s Federal Government has declared Friday a public holiday to commemorate the country’s 61st independence anniversary. The housemates dressed for the dinner party and prepared to head to the garden as soon as the news was made.

Here are some pictures from the independence dinner party 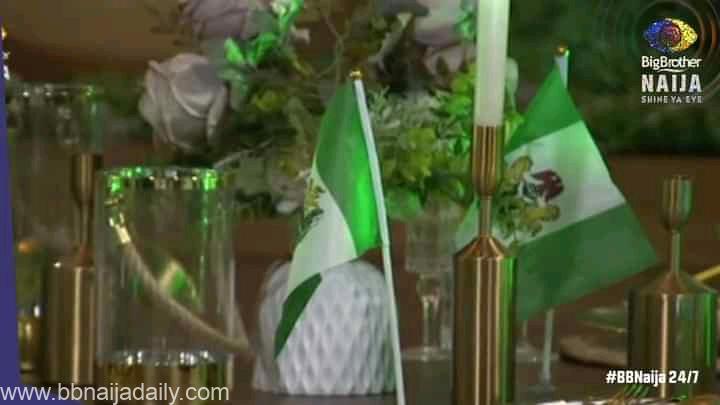 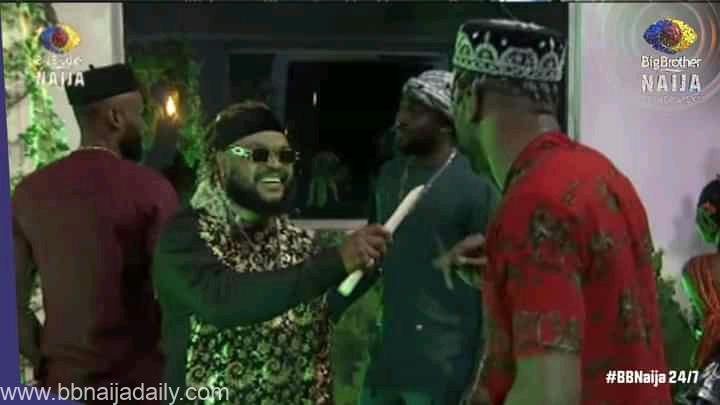 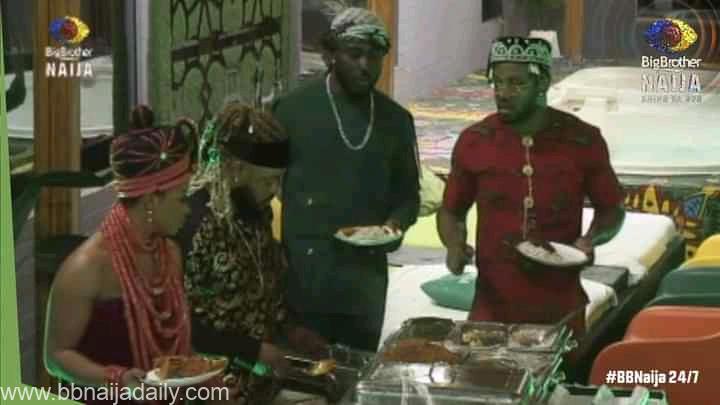 The party follows the WAW task, in which Emmanuel earned a total of N1,095,000 after winning all three rounds.

The WAW challenge required the roommates to participate in two games.

The first game was a charades competition, with the housemate who answered the most questions being proclaimed the winner.

In the second game, the roommate who had the most accurate letters was declared the winner.

Chichi and Ilebaye Fight Over Groovy