However, the performance that surprised us was the ever-confident Amaka who confided in Biggie during her Diary Session yesterday. She admitted that she is confident until she has to be in front of people and present. She expressed how she felt about Friday’s presentation and is worried that she will not do well due to her stage fright. 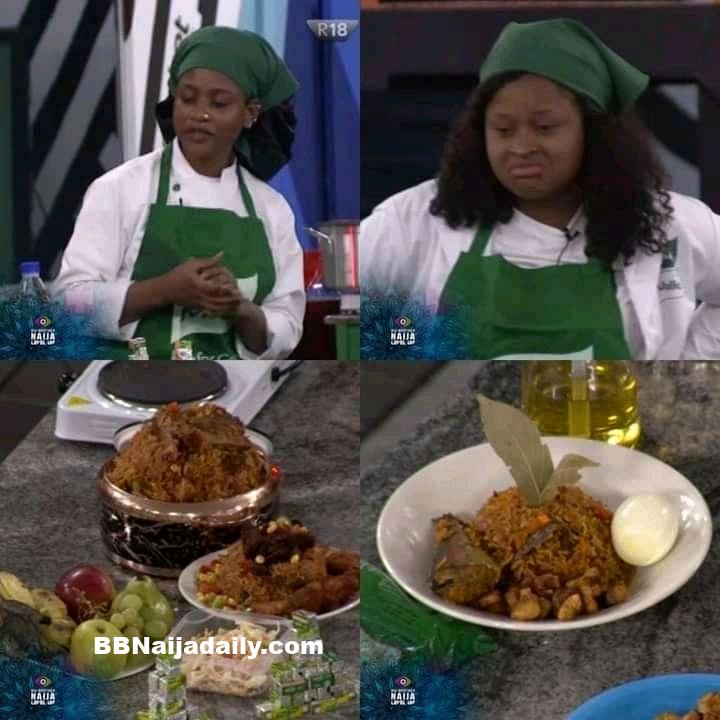 Her presentation jitters were not a new phenomenon.

When Amaka shared her feelings regarding being Nominated last week, she felt that she did not perform as well as she could have during the first Saturday Night Party. She took the party as a stage and thought she needed to dance with people and get to know everyone. She says she did not do this, earning herself a spot on the Nomination list.

Off the stage, however, her flamboyant personality blossoms.

During her Diary Session, she expressed concern about her nerves when she presents, and Biggie had some words of wisdom for her.

Biggie advised her not to focus on the audience but focus on the Task at hand. “Forget that they are even there,” Biggie said. He added that she should not focus on her mistakes either.

It looks like Amaka took Biggie’s advice when she took the lead as the master chef for her team’s Task of making Jollof rice. Their team, Lasgidi Jollof Rice, chose her as the chef and the presenter. She presented with confidence and humour and won the prize for best presentation.

It was fantastic that she would receive an opportunity to put the advice into practice, especially before their Task Presentation on Friday.

“I just proved to myself that I can do it,” Amaka said to Phyna, and we all can’t wait to see what her skirt and crop top will look like for tomorrow’s Task. Phyna was her biggest cheerleader during her presentation, standing up and cheering her own as she shared her story.