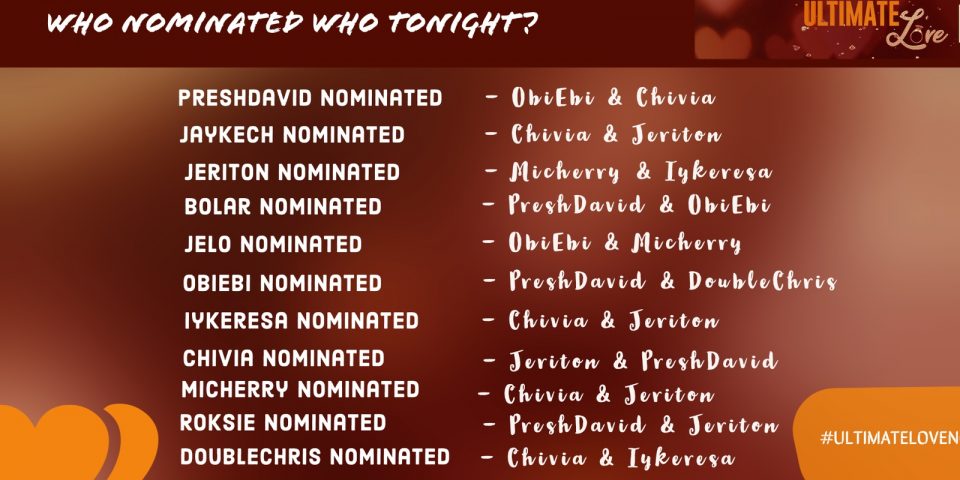 The couples nominated were place on eviction list and they can only be saved through voting by viewers. The breakdown of the nomination is shown in the table below.

From the table, the following couples got the highest nominations and therefore have been placed on possible eviction from the show.

Here are the 5 couples with the highest number of nominations.

The couples went into the voting phase and only 4 of them will remain in the love pad. The couple with the least number of votes will be evicted from the show.

This is how viewers voted for their favourite couples nominated for eviction.

Who Got Evicted Today?

From the results the couple with the least number of votes have been evicted from the show. The couple Micherry (Michael and Chivia) got evicted today 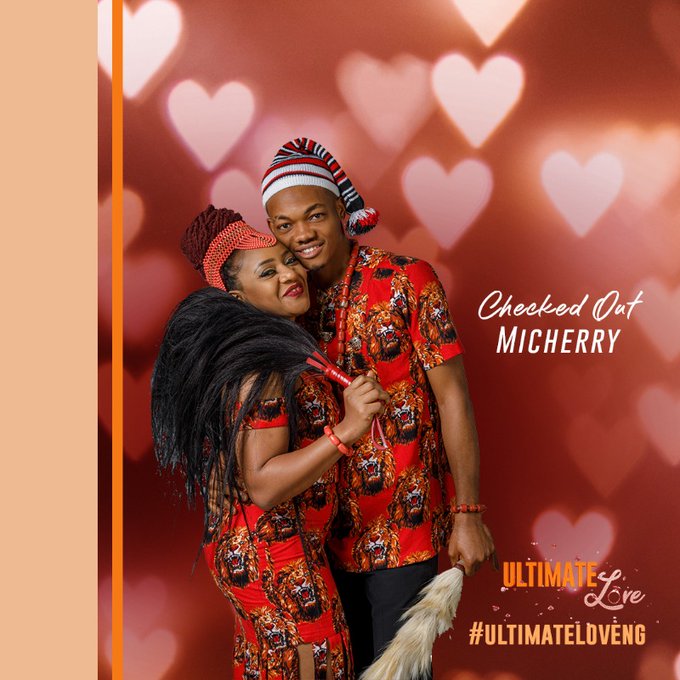 The other 4 couples are safe and will remain in the house for another week.

Tonight, Michael and Cherry became the Ultimate Love Couple to leave Aunty’s Love Pad on this show. They came for the same goal and we couldn’t be more proud of their journey towards finding Ultimate Love. They may not have emerged as the winning Couple of the Season but their love is definitely one for the books.

With Cherry launching the Live Show microphone, the pair expressed their joy and gratitude for the opportunity to find each other in the Ultimate Love game. When asked about their thoughts in the Love Pad, Michael said everything that happened to him during his stay was so real for him, especially finding true love in Cherry.

Michael revealed that he had an initial connection with Bolanle; however, due to tribe and age differences, their ship did not sail.

After their chat with Dakore Akande, MiCherry got ushered in by Oluwaseun P to play a jeopardy game, where they got to either pick a portmanteau or to retain the one they brought from the Love Pad. 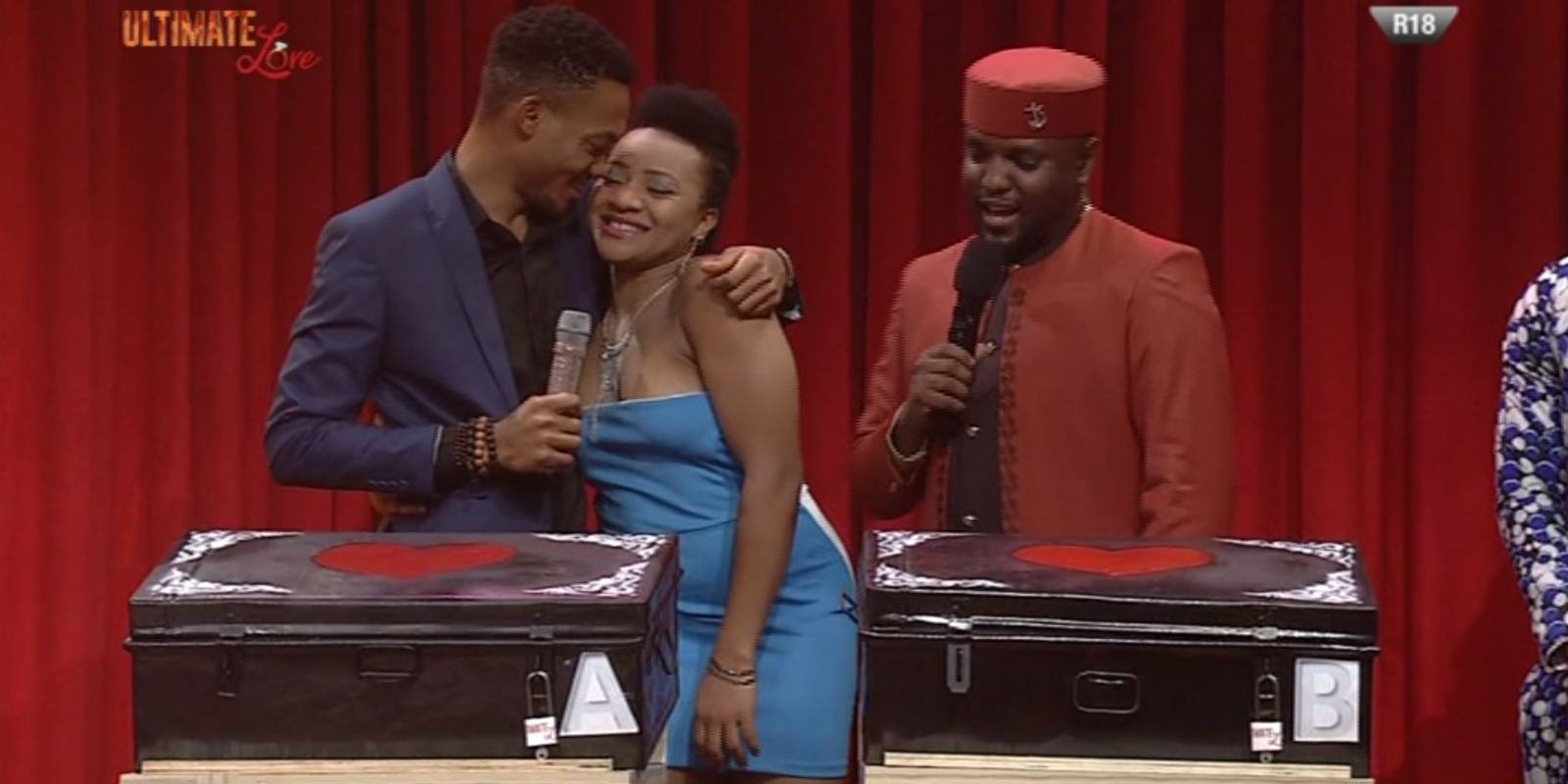 After deliberating, the pair ended up going with their original portmanteaus which revealed a cash prize of three hundred and fifty thousand Naira. This gift aims to serve as a supporting glove for the lovely years ahead for the Couple. We’ll miss MiCherry but we can’t wait to see their love soar even outside the walls of Aunty’s Love Pad. 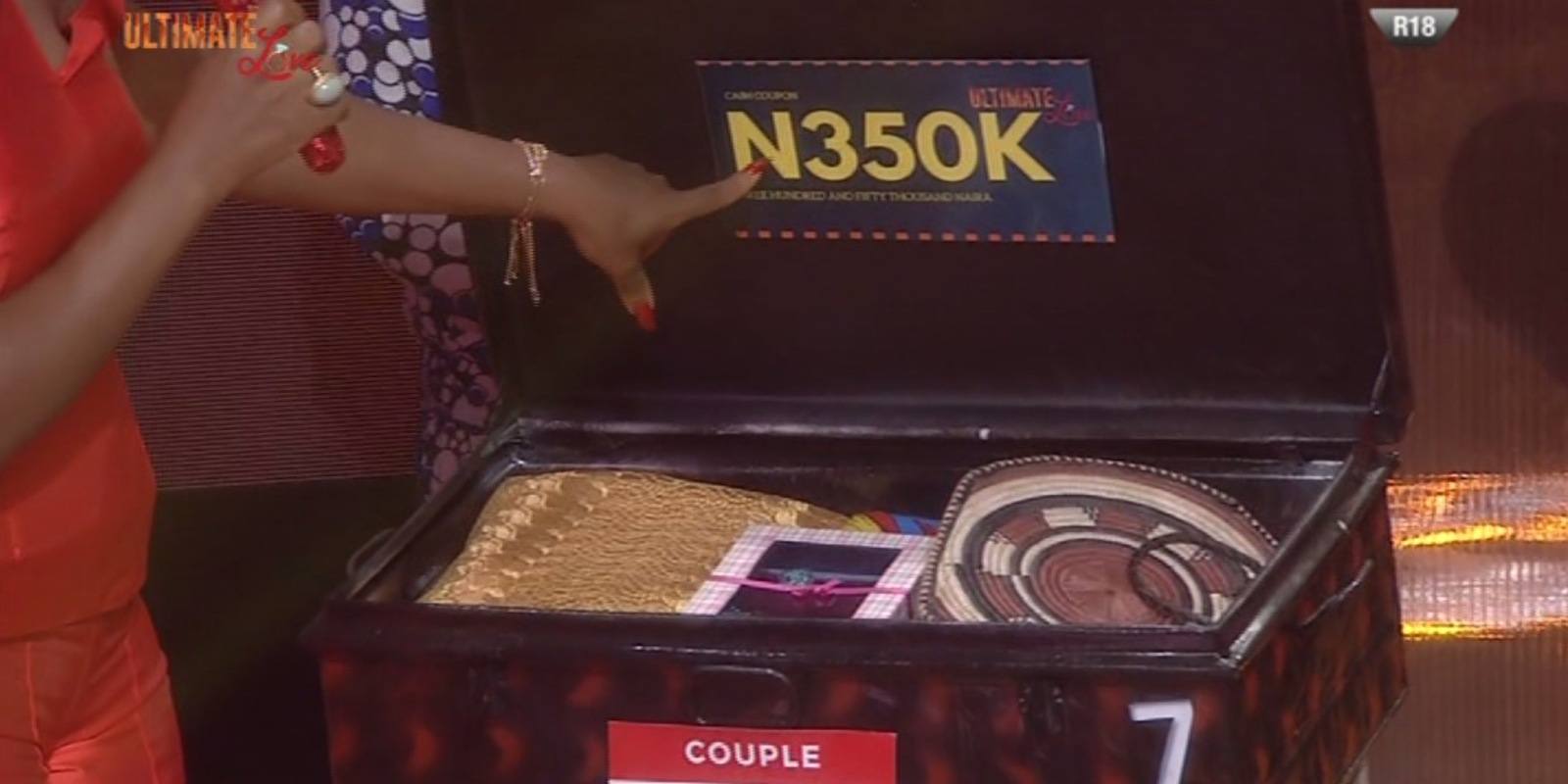