Today BBnaija reunion show was all about the “pressure” the housemates received after the show.

The show shirted with Ebuka asking the housemates if they were surprised with the fame.

Ike responded that he was all for the money which was the reason he joined the show though he never thought the fame will be like as it is now. 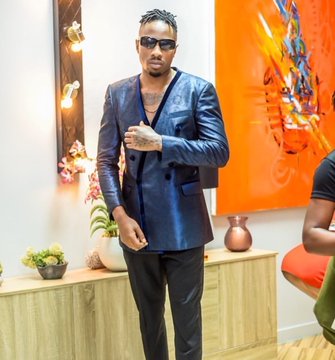 Ebuka then asked KimOprah if she was surprise with the fame globally.

KimOprah responded that it was cool globally. She narrated how easy it was to get visas and with everyone staring at her when her name was mentioned at the airport. “It was amazing and I was happy”, she said.

Enkay contributed that a lady sent she didn’t know called to ask for her account details and was shocked when the lady sent a huge sum of money into her account. She also stated that one thing about the show is that people love the housemates.

Seyi jokingly said he I need the blessings other housemates were getting and quoted his bank account number. He stated that most people felt he was rich being the grandson of a formal head of state which made him not to get gifts unlike other housemates.

Thelma said each time she get such demands, she always have the need to help. But revealed that the pressure she got was from social media because I actually don’t like taking pictures and the is need for her to update her social media channels regularly.

Tacha responded that she felt no pressure to always give because she was actually used to it and when the few times she helped; they don’t always reply her after that. She also said most of the promises she received and were made public were actually scams and audio promises and some fans even use such promises to calculate the money her account

Ebuka then asked Mercy how was the pressure from people being the winner. She responded that her family thought the check was ready immediately she got out of the house. “Most pressure I got was people telling me how I managed t win and I don’t worth it”, she said.

Ebuka asked Omashola how he coped with the pressure of fans asking him for give away because he said a lot about his possessions and wealth during his time in the show. Omashola said a lot even those of people asked him for money even those I didn’t know.

Ebuka also asked the housemates how they coped seeing other housemates acquiring possessions after the show.

KimOpara responded that she saw other housemates’ success as a motivation.

Ike responded that the pressure he had was from his family. He went further to say that Mercy have a good heart because she never flaunted her endorsement deals and possession at his face. He however revealed that the only competition he had was always comparing his formal self while in the US to his present self and he drove better car and was earning more over there.

Ebuka asked the housemates what they felt was different going in and getting out of the show. 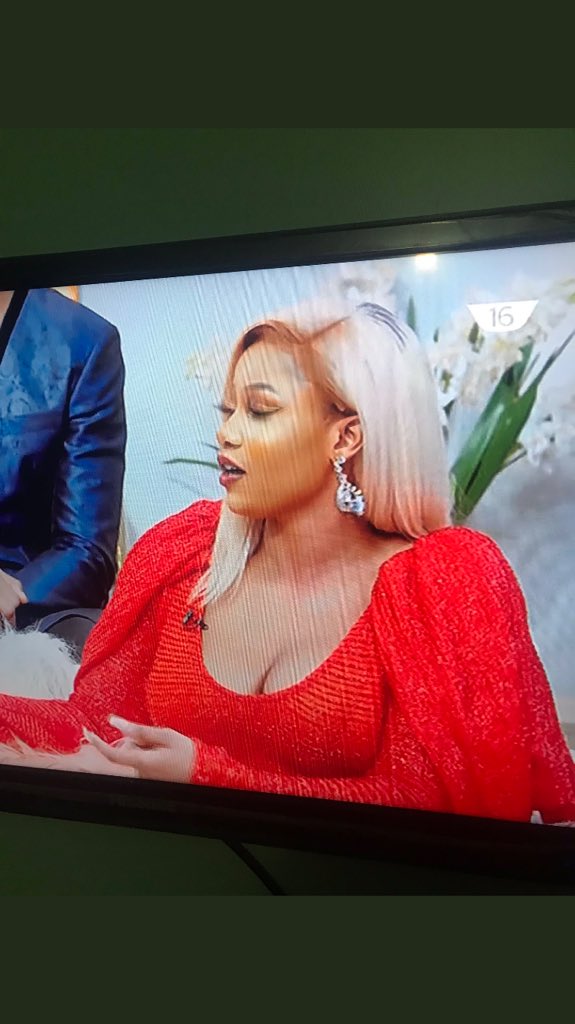 Tacha said the pressure was crazy. Everyone that supported her was on her neck. They were like she hasn’t called me yet to appreciate. She said she needed time to get herself together because of the way she was disqualified from the show. “Coming out of the show and seeing the massive support I got from fans got me down the more. There was a lot of pressure”, she said.

Venita responded that she wasn’t surprised and was actually expecting the pressure because she was a bit popular before she got into the show. She also said she saw it as a second opportunity to do things right and do it better.

The show ended with Ebuka asking the housemates If they have a chance to choose will they choose this life or the one before the show? Here are their responses

Kim: this life without the negatives

Mercy: life after the show

Tacha: life after the show

Venita: life after the show

Seyi: life after the show.

Here are some reactions from today’s show

Everyone always says Mercy has a good heart. Every single person 💯

“The more they keep talking about me, the more brands come for me” – Mercy

Mercy understands the game and makes it work in her favour, I Stan 👏🏻#BBNaijaReunion

Mercy- No matter how much I make I still collect money for my nails and hair from Ike.
Ike- Pls which nails is 100k??? LMAO😂🤣🤣🤣🤣 these two people always give me joy😂🤣🤣🤣😂😂😂😂😂😂😂😂 #BBNaijaReunion pic.twitter.com/LbjAW8sKI4

I can’t with this girl 🤣😂#BBNaijaReunion pic.twitter.com/1WSA3wGymL

Whoever prepped Tacha for this reunion did a good job👏🏽👏🏽👏🏽👏🏽
Girl came to sit and look pretty, a Queen❤️ allow me to Stan 🤗🤗🤗#ObrempongTacha
#BBNaijaReunion pic.twitter.com/mPnh1wPNEZ

A second chance well used, she is winning for the women that look up to her#venita#BbnaijaPepperdemReunion #BBNaijaReunion pic.twitter.com/MHUFo195Di

#BBNaijaReunion Awwwu Ike said: Mercy has a good heart dat she gave him hope while dey were in d house n it's lifted his spirit; we been knew even wen she had misunderstanding with Seyi, she was still grateful for Him n wished he wasn't evicted which made Seyi surprised🤷 pic.twitter.com/71IM9zXoy5

Audio FC,hope y'all heard your mistress oh. All the 130million was nothing but audio #bbnaijareunion pic.twitter.com/ytBpKTvmee

Tonight’s episode was totally beautiful. I loved Ike’s Realness . I love Tacha’s Appreciation to her Fans , I love every single other housemates response to their questions. Of cos everyone will love their new life !!#BBNaijaReunion